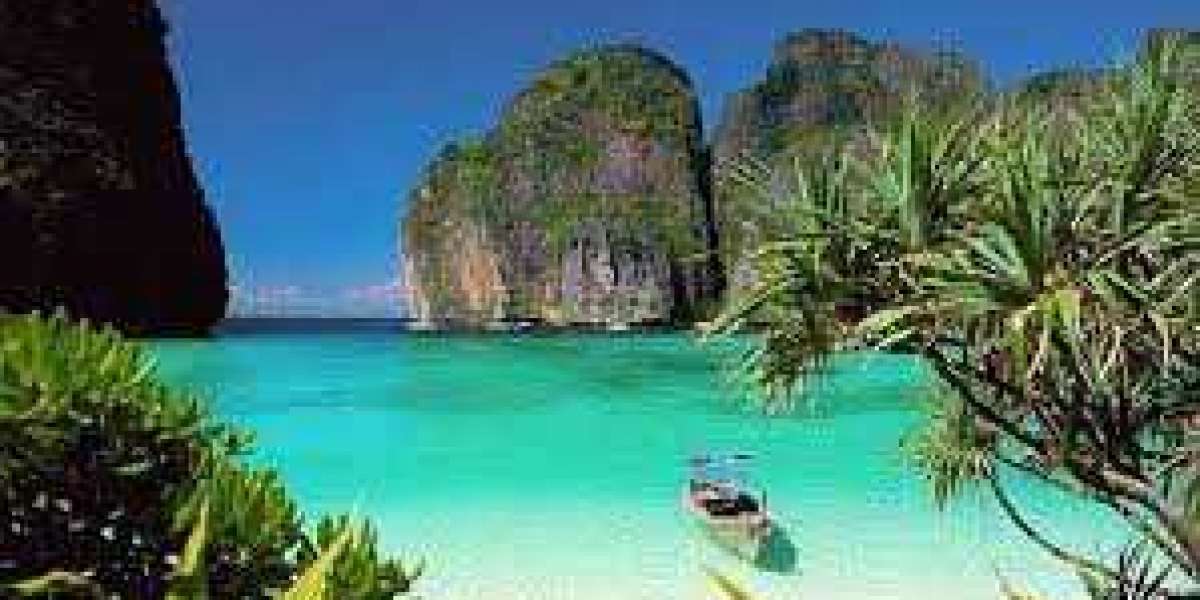 What you should know all about Sao Tome and Principe

São Tomé and Príncipe, an African island nation close to the equator, is part of a volcano chain featuring striking rock and coral formations, rainforests and beaches.

Sao Tome and Principe is an island nation off the western coast of Africa. Its official name is the Democratic Republic of Sao Tome and Principe. It was founded by Portuguese explorers who arrived on the feast day of Saint Thomas, the island’s namesake. Today it is the smallest Portuguese-speaking country. The country is made of two islands: Sao Tome and Principe. São Tomé is the larger southern island and lies slightly north of the equator. An extinct volcanic mountain range is part of both islands.

Portuguese navigators Pedro Escobar and João de Santarém discovered the uninhabited islands around 1470. They decided the islands would be good bases for mainland trade. The discovery year estimates vary but sources say São Tomé was discovered on December 21, 1471 (St Thomas’s Day) and thus named after the Saint. Príncipe was discovered on St Anthony’s Day, January 17, 1472, and initially named Santo Antão (Saint Anthony). Príncipe changed its name in 1502 to Ilha do Príncipe (Prince’s Island) after the Portuguese prince who received the island’s sugar crop duties. 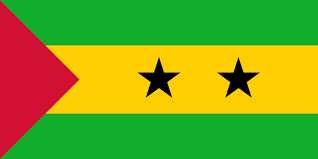 In 1493, Álvaro Caminha used a land grant from Portugal to establish São Tomé the first successful settlement. A similar arrangement was in place for Príncipe and it was settled seven years later. Earliest settlers were “undesirable” populations sent from Portugal since attracting inhabitants was difficult. Eventually settlers had success with growing sugar and other agriculture through the island’s rich volcanic soil.

The Portuguese needed significantly more manpower to cultivate the sugar so they began bringing over slave labor from the mainland. The islands became Africa’s most prominent exporter of sugar by the mid-1500s. The Portuguese crown took over and administered São Tomé in 1522 and Príncipe in 1573.

Competition with the higher quality Western Hemisphere sugar colonies did damage to the islands. Additionally, it was hard to command the extensive slave labor force, as Portugal was not able to contribute additional resources. These forces lead to the decline in sugar refinement over the century. By the mid-1600s the economy was mainly a stopping point for Western and continental African slave trading ships.

Volcanic soil is suitable for cash crops and the introduction of coffee and cocoa in the early 1800s lead to the rise of roças, large plantations that were owned by Portuguese companies or absent landlords. This new system took over most of the suitable farmland, and led to abuse of the farm workers due to the high authority for the plantation managers. Even though slavery was abolished by Portugal in 1876 forced paid labor still existed.

The use of slave labor in São Tomé was captured by Scientific American magazine in a March 14, 1897 issue. Labor unrest continued into the 1900s including allegations that contract workers for Angola were also being forced into labor in poor working conditions. The culmination of these conditions came in 1953 with the “Batepá Massacre” in which workers were killed by Portuguese rulers during a series of riots. The government recognizes this seminal historical event annually.

The Movement for the Liberation of Sao Tome and Principe (MLSTP) was founded in the late 1950s by a small group of São Toméans seeking independence who eventually established a base in Gabon.

Other African nations were also working towards independence at the same time, and the movement continued to grow through the 1960s, and even more so in April 1974 after Caetano was overthrown as dictator in Portugal. The subsequent leadership in Portugal wanted to dissolve its overseas colonies and in that vein met with the MLSTP in Algiers in November of 1974 to transfer sovereignty. On July 12, 1975 Sao Tome and Principe finally gained independence after a short transitional period. Their first president was Manuel Pinto da Costa who was Secretary General of the MLSTP.

São Tomé encouraged constitutional changes and democratic reform in 1990, one of the first countries in Africa to do so. They also legalized opposition political parties and the following elections in 1991 were transparent, free and peaceful. An exiled former prime minister, Miguel Trovoada, returned to the county to run and was elected president as an independent candidate. He was re-elected in the 1996 multi-party presidential election, the second of its kind.

The MLSTP became a prominent minority party when the Party of Democratic Convergence (PCD) got the majority of seats in the National Assembly.

In July 2003, citing concerns over the division of oil revenues and corruption concerns the army seized power for a week. President de Menezes returned to office after an accord was negotiated.

In March 2006, a pro-presidential coalition ended the cohabitation period by creating and heading a new government after winning enough seats in National Assembly to be able to do so. Fradique de Menezes defeated the son of former President Miguel Trovoada, Patrice Trovoada, and independent Nilo Guimarães to win another five-year term in office on July 30, 2006. Members of the ruling coalition dominated the first local elections since 1992 on August 27, 2006.

In a failed coup to overthrow President Fradique de Menezes on February 12, 2009, the plotters were initially imprisoned but were ultimately pardoned by President de Menezes.

São Tomé is governed by a president and prime minister. The president is elected directly by an outright majority to a five-year term and may hold up to two consecutive terms. Elections are held by secret ballot and there is a universal right to vote. Since 1990 the have had a multiparty system. The president names the Prime Minister who then appoints the fourteen members of the cabinet.

The highest legislative body, the National Assembly, meets semiannually and has 55 members elected to a four-year term. There is an independent judiciary and the highest court is the Supreme Court.

Citizens have the right to form opposition political parties and freedom of speech rights.

Sao Tome and Principe are the two provinces of the country. São Tomé has six districts and Príncipe, self-governing since April 29, 1995, has one.

The islands of Sao Tome and Principe measure 50km long by 32 km wide and 30 km long by 6 km wide respectively. They are approximately 50 kilometers apart and located in the Atlantic just north of the equator about 300 kilometers off the northwest coast of Gabon. The islands sit on the Cameroon volcanic mountain line along with 3 other islands, although São Tomé has more mountains than Príncipe with peaks at 2,024 meters. Both islands are home to mountainous steams and lush forests.

The climate is hot and humid at sea level with average temperatures of approximately 27 °C for the year and varies little during the day. Highs are infrequently above 32 °C. In the inner more elevated regions the nights are typically cool and the average temperature is 20 °C. In the southwestern slopes the annual rainfall averages 5,000 mm and in the northern lowlands it is approximately 1,000 mm. October to May is the rainy season.

São Tomé and Príncipe’s economy has been based on plantation agriculture since the 1800s. Plantations owned by the Portuguese dominated 90 percent of the cultivated land prior to the countries independence, but afterwards several state-owned agricultural enterprises took over control. Cocoa is the most important crop and represents 80 percent of exports. São Tomé became the world’s largest cocoa producer in 1908. They also export palm kernels, coffee, and copra.

STP faces challenges that are typical of small states and affect its ability to deal with shocks and achieve a balanced budget. The limited number of people and workers in the country often prevent the efficient production of goods and services at the scale needed to meet the demand of both local and export markets. Its remoteness and insularity increases export costs, and the limited availability of land and small workforce prevent the country from diversifying its economy, making it more vulnerable to terms-of-trade shocks. The indivisibility in the production of public goods, and the difficulty of providing services to a scattered population imply a high cost of public goods and a high level of public expenditures. 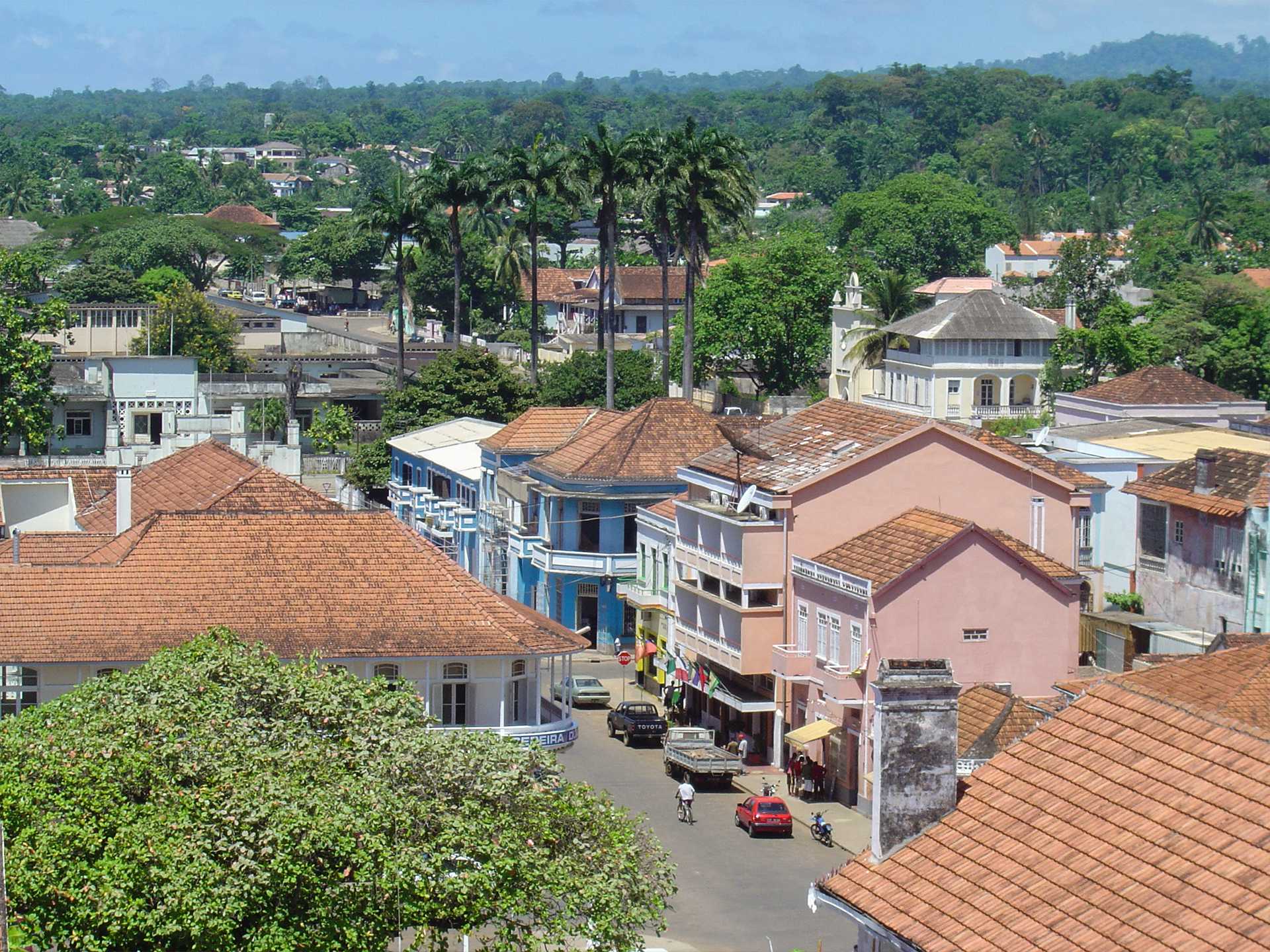 Gross domestic product (GDP) growth has been relatively steady since 2009, but growth is heavily reliant on government spending and has not significantly contributed to poverty alleviation. GDP grew at an average rate of 4.5% between 2009 to 2016, with a mild deceleration since 2014. Agriculture production has declined since independence in 1975, and is no longer the main driver of economic growth. However, agricultural goods, especially cocoa, constitute the bulk of the country’s exports. Also, tourism is a natural comparative advantage for STP and already constitutes an important economic activity, although the country is far from becoming a tourism-dependent economy.

Commercial oil activity is not expected before 2020, and very few goods are produced locally, thus STP is heavily dependent on imports, including oil for power generation.

The country runs large structural external deficits because of its small production base. Its current-account deficit (excluding official transfers) declined from 25.2% of GDP in 2015 to 20.8% in 2016. The main contributing factor to the improvement in the external accounts was a decline in oil imports from 9.8% of GDP in 2015 to 6.2% in 2016 due to lower oil prices. During the same period, exports of goods increased from 3.6% of GDP to 3.9%, while tourism exports grew by only 0.1% points of GDP.

STP’s exports are highly concentrated in cocoa. Income from migrant remittances decreased from 5.7% of GDP in 2015 to 4.6% in 2015, as economic growth slowed in Portugal and stagnated in Angola.

São Tomé and Nigeria both lay claim to the waters in the Niger Delta geologic province, a source of potential petroleum. In 2001 they reached an agreement to jointly explore the area. This joint development zone (JDZ) was divided into 9 blocks and was open in April of 2003 for bids from international oil firms. In April of 2004, ExxonMobil, Chevron Texaco, and Equity Energy, a Norwegian firm, won the bids for block one. The $123 million bid was divided with Nigeria taking 60 percent and São Tomé taking in 40 percent. The bank gave São Tomé more than $2 million for development of its petroleum sector. If reserves pan out as expected, São Tomé could gain extensive revenue from production and bidding.

There are six banks and the largest, Banco Internacional de São Tomé e Príncipe, is a subsidiary of Portugual’s government owned Caixa Geral de Depósitos. This bank monopolized this sector until a 2003 law allowed for additional banks to enter the market.

The population experience and important shift in the 1970s when hundreds of São Toméan refugees from Angola returned and the majority of the 4,000 Portuguese residents left. The majority of the population are members of the Evangelical Protestant, Roman Catholic, or Seventh-day Adventist Churches, although there is a minority Muslim population that is increasing. They have also principally adopted a Luso-African culture.

The country has four national languages. The most prevalent, being spoken by 95 percent of the population is Portuguese, the official language. Forro (85 percent), a Portuguese based Creole language, Angolar (3 percent), and Principense (0.1 percent) are also spoken. Since the country is a Francophonie member, schools also teach French.

Both African and Portuguese influences can be found in São Toméan culture, particularly in music, rhythm, and dance. The popular rhythms and dances and socopé and ússua in São Tomé and the dêxa beat in Príncipe may have been inspired by Portuguese ballroom dancing.

São Toméans also combine music, dance and theatre, such as the danço-congo to tell stories. Another dramatic musical dance performance is the Tchiloli. 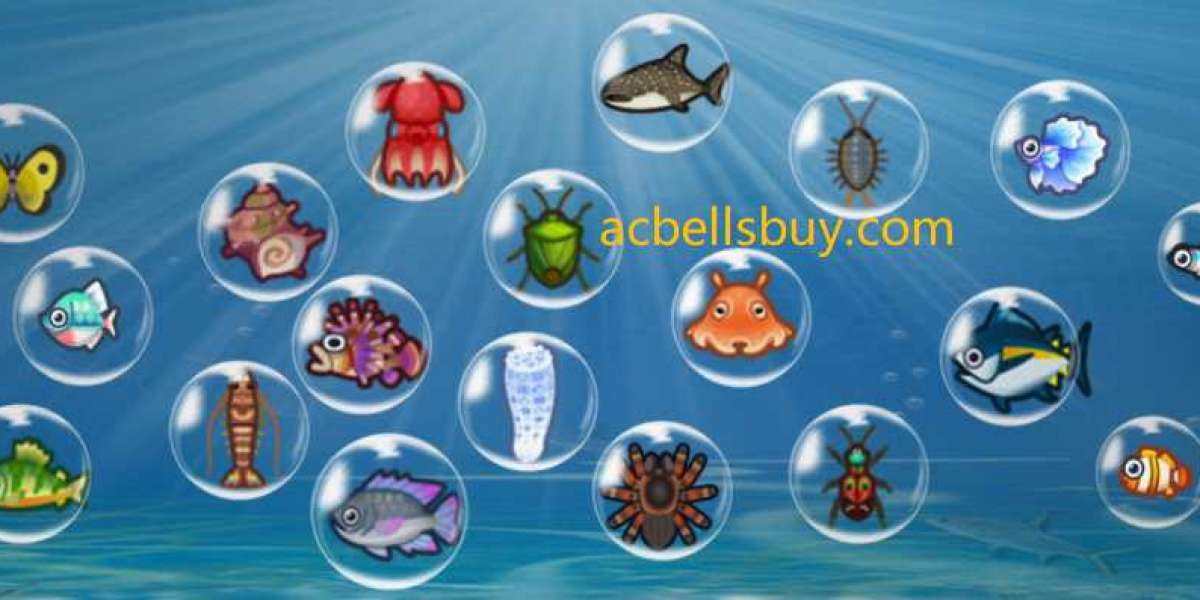 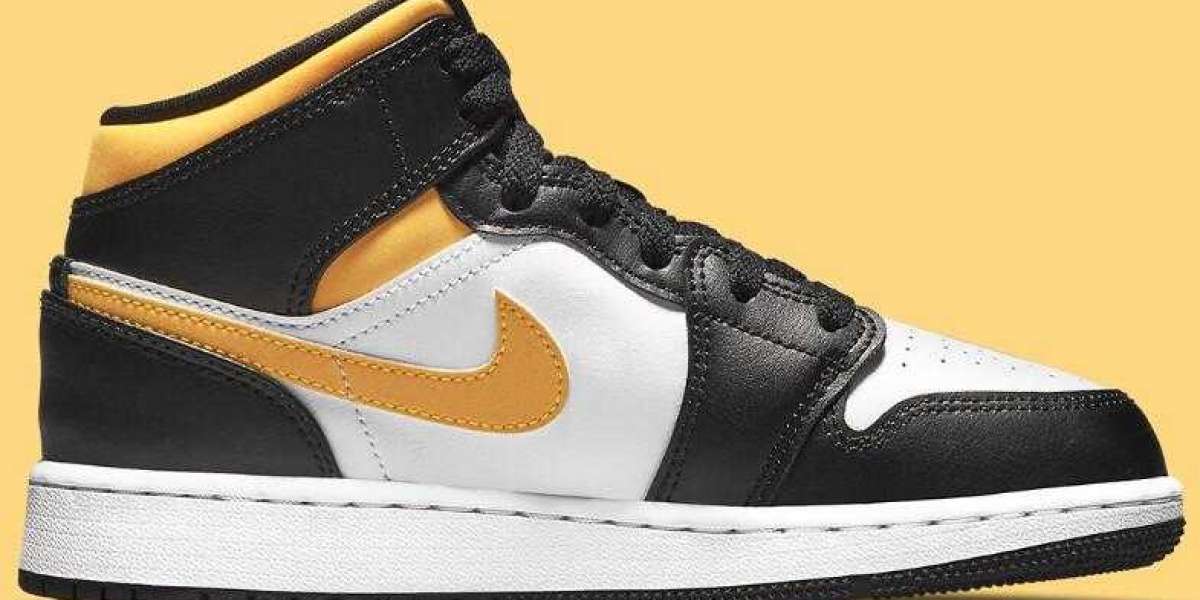 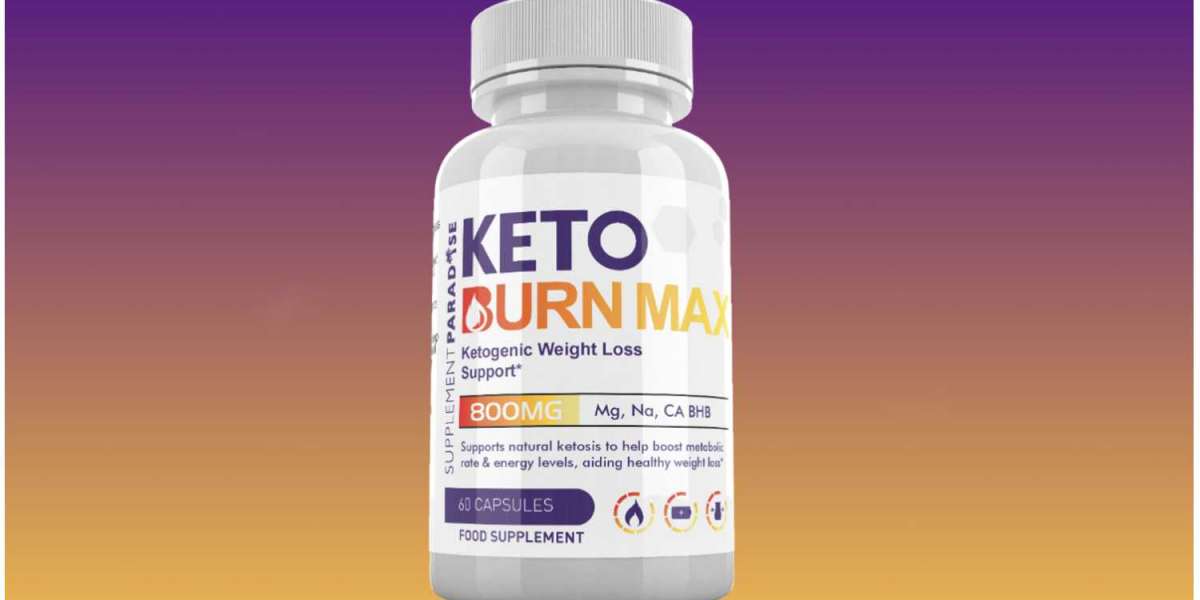 Keto Burn Max: A supplement for reducing excessive fat from the body 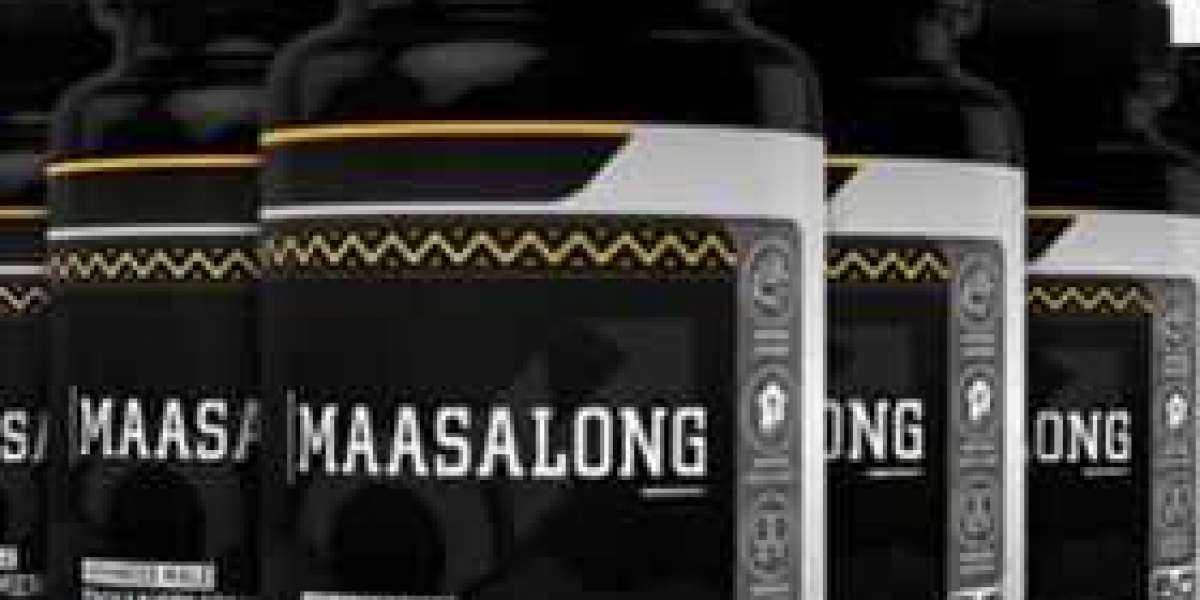 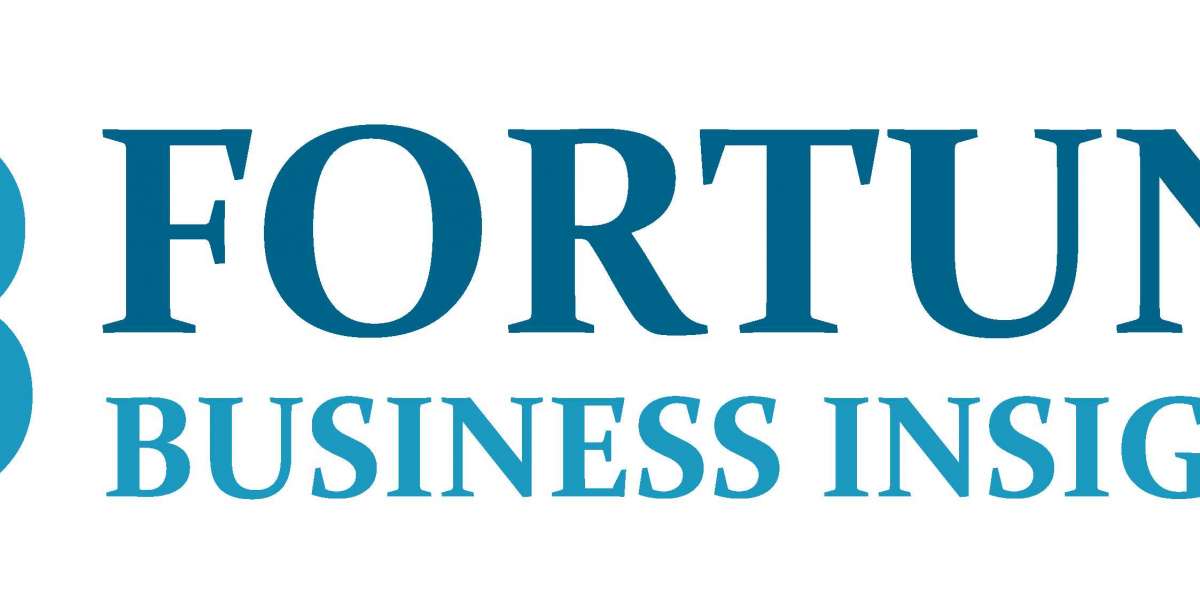