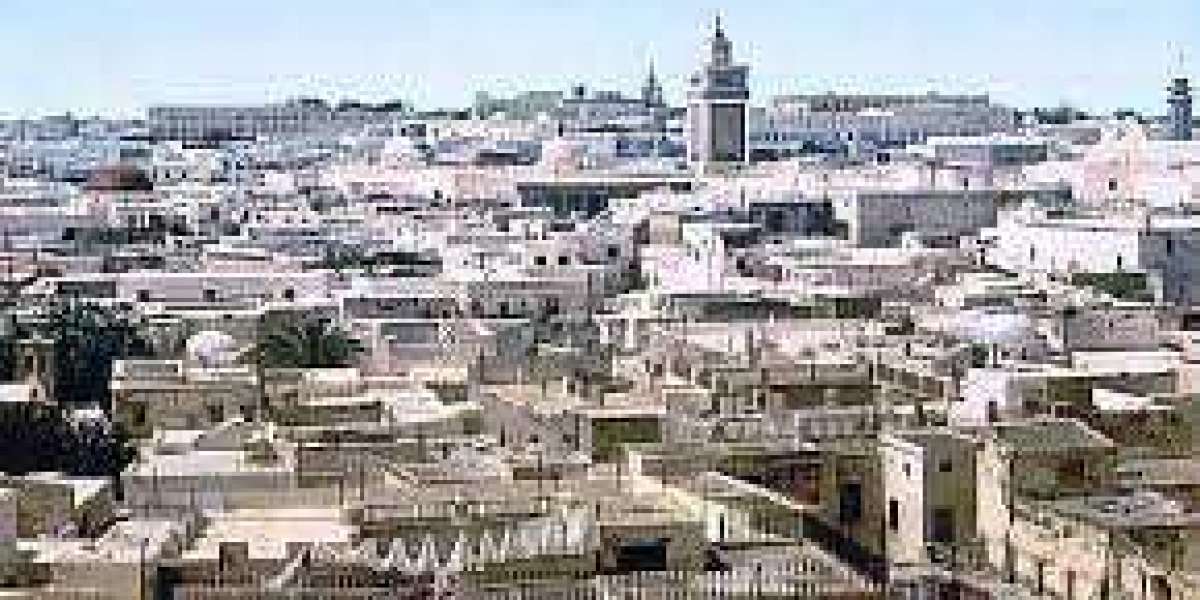 All what you should know about Tunisia

The Republic of Tunisia is the northernmost African country and is bordered by Algeria, Libya, and the Mediterranean Sea. It has a population of just over 11.78 million and an area of 165,000 sq. km. Tunis is the capital and is in the north-east part of the country. 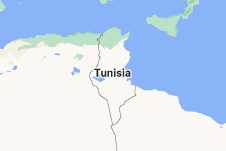 Country in North Africa
Tunisia, officially the Republic of Tunisia, is the northernmost country in Africa. It is a part of the Maghreb region of North Africa, and is bordered by Algeria to the west and southwest, Libya to the southeast, and the Mediterranean Sea to the north and east; covering 163,610 km², with a population of 11 million. Wikipedia
Capital: Tunis
Dialing code: +216
President: Kais Saied
Currency: Tunisian dinar
Population: 11.69 million (2019) World Bank
Official language: Arabic

The Republic of Tunisia is the northernmost African country and is bordered by Algeria, Libya, and the Mediterranean Sea. It has a population of just over 11.78 million and an area of 165,000 sq. km. Tunis is the capital and is in the north-east part of the country.

Of the nations along the Atlas mountain range, Tunisia is the smallest. The Sahara desert is in the south with fertile areas in the remainder of the country. Tunisia has played an important role in history. It was the location of the city of Carthage and later the Roman Africa Province. The Vandals occupied it in the 5th century, the Byzantines in the 6th, and the Arabs in the 8th.

It was known as the “Regency of Tunis” under the Ottomans and became a French protectorate in 1881. In 1956, it gained independence as the Kingdom of Tunisia. Habib Bourguiba became the president after a republic was declared in 1957. Tunisia is liberalizing its economy and is export-oriented.

The country’s relations with the EU are close and it has an association agreement. The Arab world has close ties to Tunisia as well and it is a member of the Arab League. Tunisia also belongs to the African Union.

The country’s name comes from Tunis, the capital city. French geographers introduced the name and some languages used the term Tunisie. The Tunis name comes from potentially different origins including the Phoenician goddess Tanith or the ancient city of Tynes.

Berber tribes inhabited Tunisia when recorded history began. The Phoenicians settled the coast as early as the 10th century BC. In the 9th century, Carthage was founded by settlers from Tyre.

Carthage became the dominant civilization in the western Mediterranean after several wars against Greek city-states in Sicily in the 5th century BC. Carthaginians worshipped Middle Eastern gods. 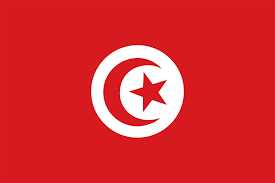 Hannibal led a Carthaginian invasion of Italy which nearly crippled the Roman Empire’s rise. Rome defeated Carthage in the 2nd century BC.

After this time, the area became one of Rome’s granaries. Nearly all of modern Tunisia was Roman controlled. In the 5th century AD, the Vandals conquered the area and it was later retaken by the Byzantines in the 6th century AD.

Arab Muslims took over the area in the 8th century and founded Kairouan, the first Islamic city in North Africa. Under Arab rule, the region flourished as irrigation systems supplied water to towns and promoted agriculture.

Tunisia was ruled by several Muslim dynasties but Berber rebellions caused occasional destabilization. The dynasties included the Aghlabids and the Fatimids. The Zirids and Hahhadid took over when the Fatimids abandoned North Africa. Tunisian economic decline began when Arab Bedouin tribes led by Banu Hilal invaded.

In the 12th century, the coastal areas were held briefly by Normans from Sicily. Once they were driven out, Christian rule in Tunisia never returned. The Almohad caliphs conquered Tunisia in 1159 and were succeeded by Berber Hafsids, who brought back prosperity. In the 1500s, the area became a Barbary pirate stronghold.

Spain took several coastal cities in the last years of Hafsid rule, but the Ottomans recovered the area. Tunisia was virtually independent under the Turkish governors, the Beys. The Beys were established as a Hussein dynasty in 1705 and lasted until 1957. The French colonized the area from 1881 to 1956 and Europeans were actively encouraged to settle the area.

The first major allied actions took place in Tunisia during 1942-1943. The British advanced from el-Alamein into Tunisia under General Montgomery. The U.S. invaded from the west after taking Algeria and Morocco.

In 1943, German General Rommel attacked the Americans at the Kasserine Pass in Tunisia. The U.S. forces suffered a major defeat.

The U.S. recovered and broke through the Mareth line that March. This eventually led to the German-Italian Army’s surrender.

Technically, the country is a republican presidential system with a bicameral parliament. The two houses are the Chamber of Representatives and the Chamber of Advisors. Since 1987, Zine El Abidine Ben Ali has been the authoritarian president. He took over for Habib Bouguiba after medical experts said he could no longer perform the functions of his office. Ben Ali was a minister for Bourguiba.

The President is re-elected every five years with large majorities. The president also appoints a cabinet and a prime minister, but they play only a minor role in government. The Chamber of Deputies is the bicameral legislature with 182 seats. The other house is the Chamber of Advisors. Both chambers have over 20 percent women members.

There is not an independent judiciary. The army does not obviously participate in politics, but Ben Ali is a former army figure. Since 1987, the political system has been reformed several times. The life presidency was abolished and opposition parties were allowed. In reality, the President held all of the practical power along with his party.

Presidential and parliamentary elections were held in 2009. Ben Ali won 90 percent of the vote. His party, the CDR, held a majority of the parliamentary votes at 85 percent. Internal and international groups criticized the elections as unfair.

In 2011, Ben Ali was forced to flee the country after the Tunisian revolution. Lack of freedoms and the poor economy precipitated massive protests, which eventually forced Ben Ali out of power. A transitional government was appointed and the legal system recognized Fouad Mebazaa as the interim president. Election occurred in the fall of 2011 to create an assembly to draft a new constitution.

That same year, Moncef Marzouki was elected by the Constituent Assembly as the country’s interim president. Soon after he appointed Hamadi Jebali as Prime Minister.

Tunisia’s economy ranges from mining, agriculture, tourism, and oil. Its per capita GDP of $9,900 is one of the highest in Africa. 8.6 percent of GDP is from agriculture, 30.4 percent from industry, and 61 percent from services. Clothing and footwear manufacturing, machinery, and car parts are most of the industrial sector.

The country’s main trading partner is the EU and it was the first country to sign an Association Agreement. There are also large investments from the Persian Gulf.

The real estate market has grown since the beginning of the 2000s, mainly focused on private residences.

There are 12 oil and gas fields in Tunisia. Production began in 1966.

Islam is the official state religion. The constitution requires the president to be a Muslim. Religious freedom is guaranteed in the constitution and the culture is one that respects other religions.

At least 99 percent of Tunisians are Muslim, and one percent are Christians. 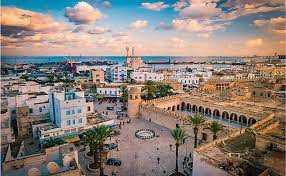 Tunis is the capital and largest city. Other major cities are Sfax, Sousse, Kairouan, and At Tadaman.

Tunisia is in North Africa on the Mediterranean coast. There is great diversity in geography and climate. An extension of the Atlas Mountains, the Dorsal, moves through Tunisia from the Algerian border to the Cape Bon peninsula. North of these mountains is the Tell, a region of plains and rolling hills.

Famous for its olive production is the Sahil on the eastern Mediterranean. The Steppes are inland from the Sahil and are mostly desert and semi-arid. A series of salt lakes are in the northern edge of the Sahara.

Most Tunisians are Arab or Berber and speak Tunisian Arabic. There are a few speakers of Berber languages.

There are a small number of Europeans, mostly Italians and French, and a well-established but small Jewish community.

The most common language is Tunisian Arabic. A small minority speak Shelha, a Berber language. French has no official status but is important and is widely used in education and business.

The culture of Tunisia is generally mixed due to its history of being conquered by multiple peoples.

Tunisia places a high value on education and it accounts for 6.2 percent of GDP. Education has been compulsory for ages 6 to 16 since 1991. After generally learning Tunisian Arabic at home, children learn Standard Arabic in school. French is introduced at 8 and English at 12. There are also a number of universities in Tunisia.

Football is the most popular sport and the national team has participated in four World Cup tournaments, but has never left the 1st round.

The national handball team has taken part in several world championships. There are 12 teams in the league and the most famous player is Wissem Hmam. The team has won the African Cup eight times. 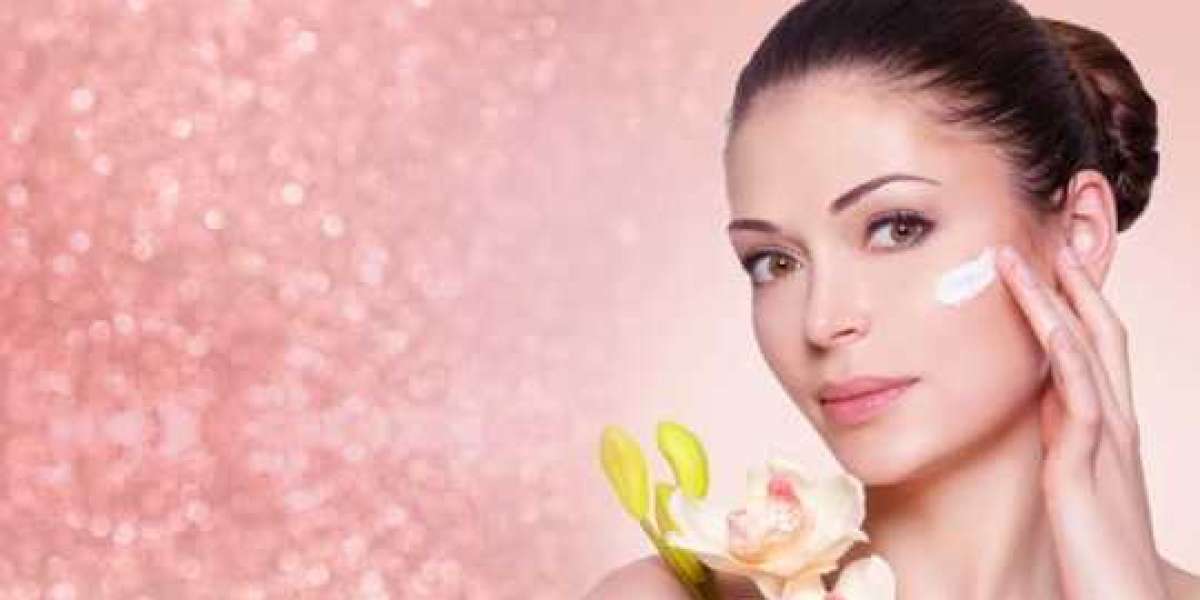 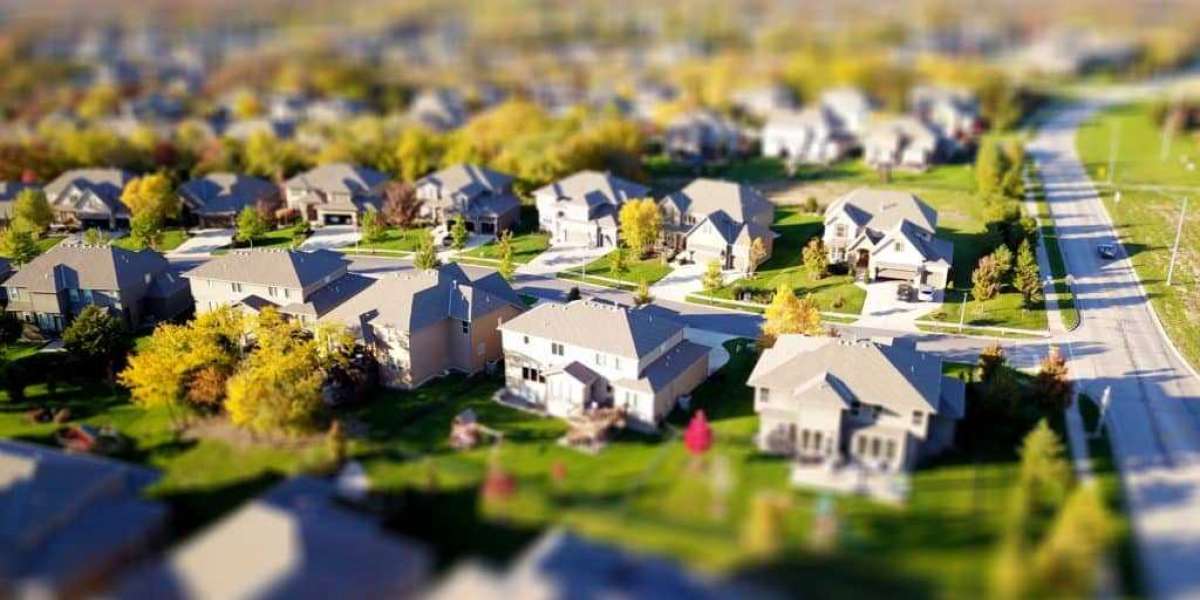 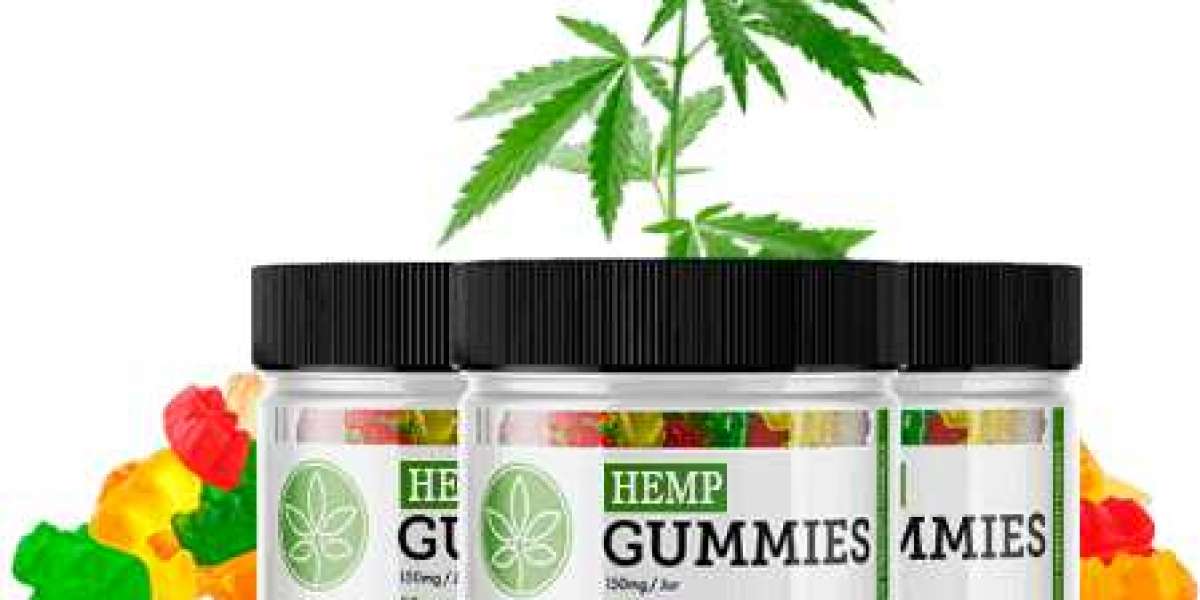 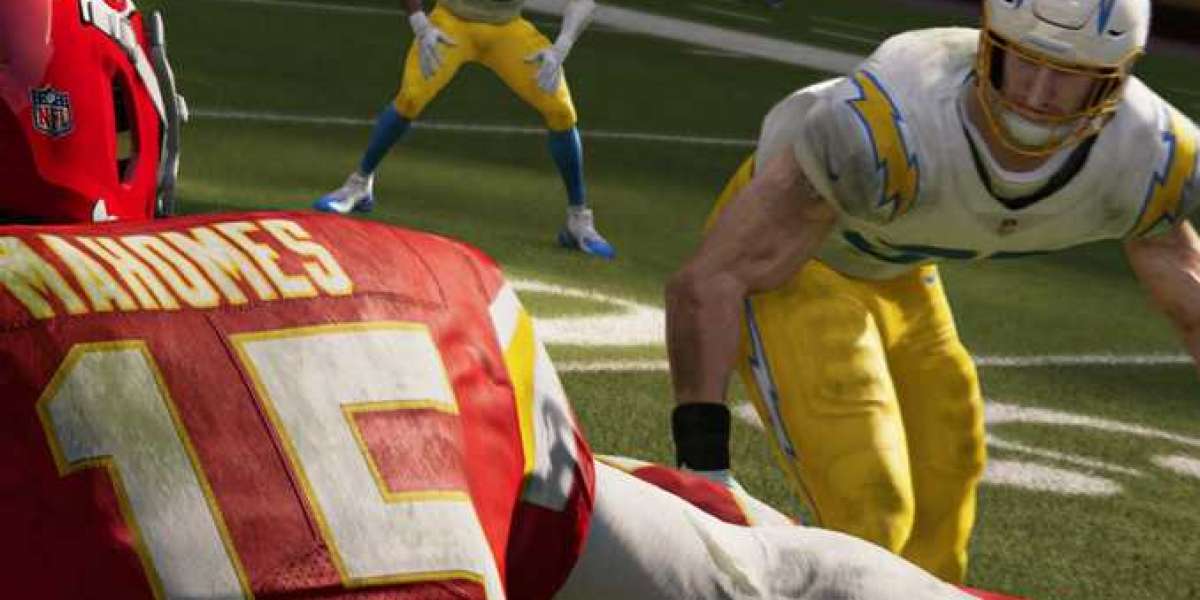 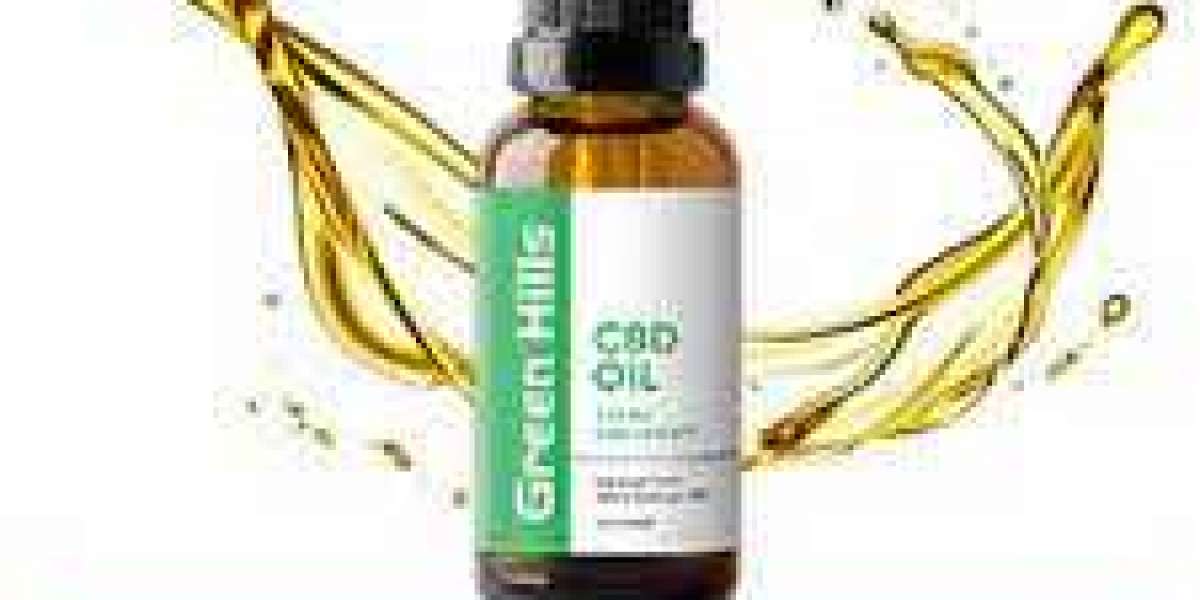 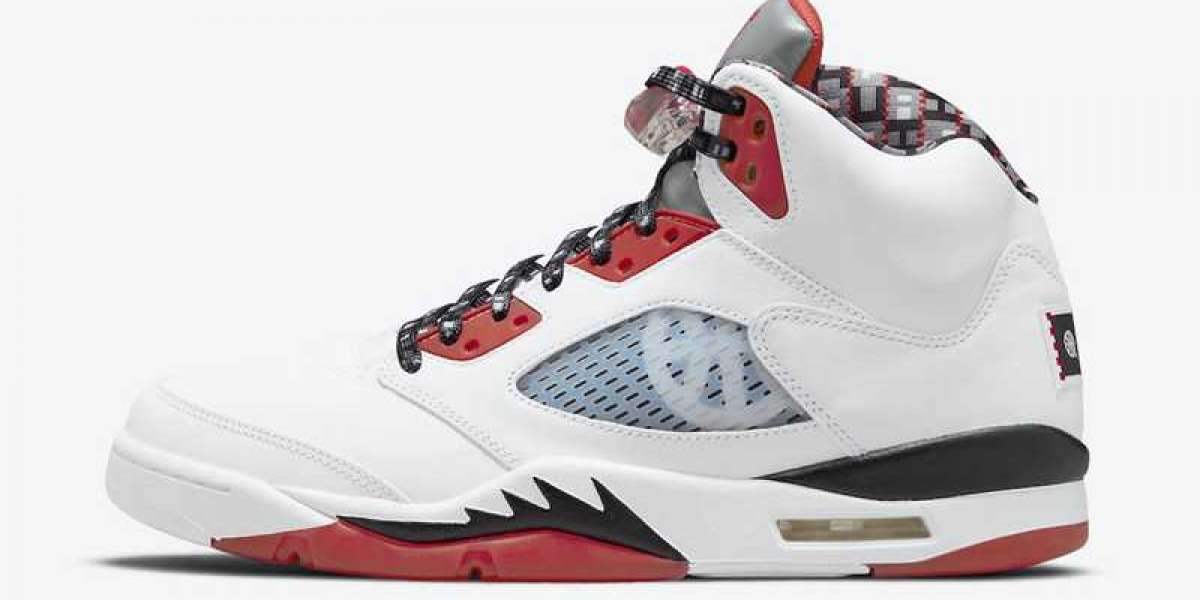