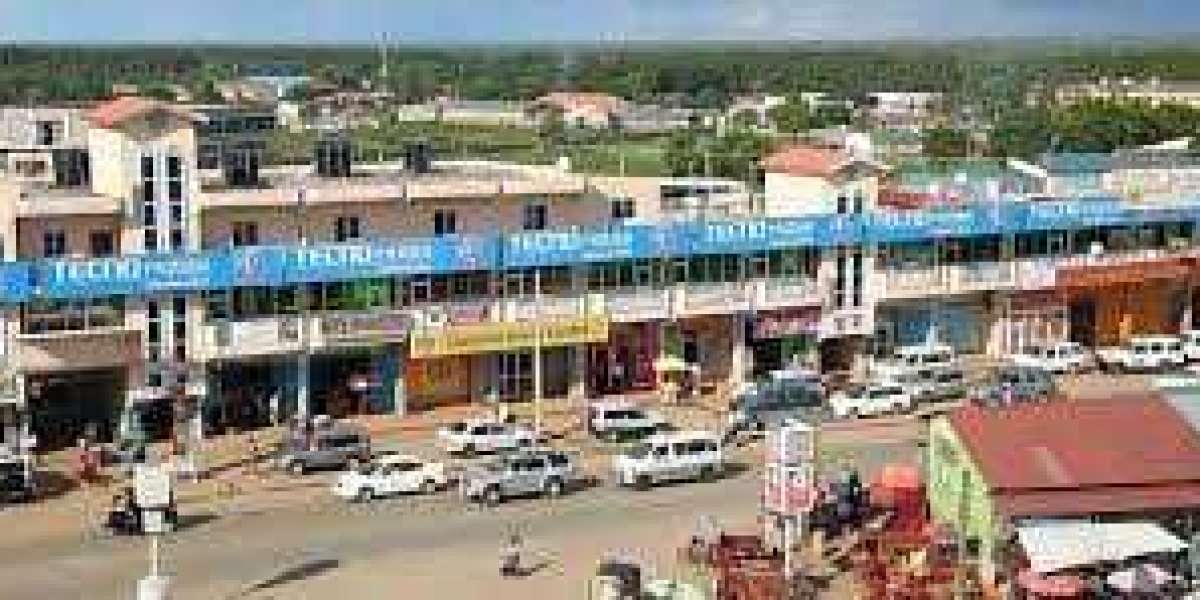 All what you should know about South Sudan

South Sudan is a landlocked country in east-central Africa with Juba as its capital city. There are plans to move the capital to Ramciel in the future. The country borders Ethiopia, Kenya, Uganda, the Democratic Republic of the Congo, the Central African Republic, and Sudan to the north.

South Sudan is a landlocked country in east-central Africa with Juba as its capital city. There are plans to move the capital to Ramciel in the future. The country borders Ethiopia, Kenya, Uganda, the Democratic Republic of the Congo, the Central African Republic, and Sudan to the north. South Sudan gained independence on July 9, 2011 after a referendum on independence passed with overwhelming support.

South Sudan’s population is estimated at over 11.5 million. The country was part of Sudan from colonial times and has been part of two civil wars since Sudan’s independence. The first was when the Sudanese government fought the Anyanya rebel army in 1955 to 1972. The Second Sudanese Civil War began in 1983 when the Sudan People’s Liberation Army/Movement. Over 5 million have been displaced and 2.5 million have been killed. 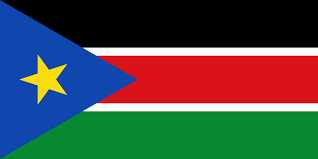 A transitional constitution was signed by South Sudan’s president and took force upon independence. It establishes a mixed presidential system with a president as head of state, head of government, and commander in chief. There are also two houses in the National Legislature, which are the National Legislative Assembly and the Council of States. Salva Kiir Mayardit is the president and Riek Machar is the vice-president. The Supreme Court is the highest office in the independent judiciary. The capital is currently Juba, but this city is undesirable due to poor infrastructure and location far from the country’s center. Plans have been made to create a new capital. A proposal was accepted to build a new capital at Ramciel, near the country’s geographic center. Plans for the construction and movement of the government to that location are moving forward.

South Sudan is administratively divided into 10 states. These correspond to the three historical Nile regions of Bahr el Ghazal, Equatoria, and Greater Upper Nile. These are further subdivided into 86 countries. The Abyei Area has a special administrative status. It is governed by the Abyei Area Administration. The country lacks a free press law. Despite the government’s assertions that freedom of the press would be respected, there have been reports of censorship and press abuse.

Originally, Sudan’s president Omar al-Bashir declared there would be dual citizenship allowed between his country and South Sudan, but rescinded the offer after independence. The country’s relations with Sudan are complex. The country belongs to the U.N., the Common Market for eastern and Southern Nations, and the African Union. It plans to join other organizations like the World Bank, the IMF, and the Commonwealth of Nations.

The SPLA has been linked to atrocities against civilians, particularly during the attempt to disarm Shilluk and Murle rebels. In the Unity state, the SPLA allegedly burned more than 7,000 homes. Opposition leader Peter Abdul Rahaman Sule has also been under arrest since 2011.

South Sudan’s climate has a rainy season with high humidity and a drier season, similar to equatorial climates. Most rain falls from May to October.

South Sudan’s 13,173,696 million (2018) people are mostly made up of rural subsistence farmers. War has impacted the region for all but 10 years since Sudan’s original independence. Over 2 million have died and millions more have been displaced. Most in this country are Christians. There are also a number of tribal groups speaking different languages.

Unlike the Sudanese system, the South Sudanese education system is modeled after Kenya’s. The main language used is English, as opposed to Arabic in Sudan. There is a shortage of English speaking teachers in the country. The literacy rate is low at 27 percent.

The South Sudanese culture is heavily influenced by the country’s neighbors due to so many of its citizens fleeing the country during the civil wars. There is a great focus on knowing one’s dialect and origin.

Wrestling and mock battles are traditional sports that are popular in South Sudan. These were mostly celebrated during the harvests. Basketball is one of the popular modern sports, as is football. The country does not have an Olympics association.

South Sudan is the most oil-dependent country in the world, with oil accounting for almost the totality of exports, and around 60% of its gross domestic product (GDP). The country’s GDP per capita in 2014 was $1,111 dropping to less than $200 in 2017. Outside the oil sector, livelihoods are concentrated in low productive, unpaid agriculture and pastoralists work.

South Sudan’s economic collapse continues, with output contracting, and inflation and parallel exchange market premium soaring. Monetization of the fiscal deficit led to strong money growth and high inflation, although there are indications that borrowing from the Bank of South Sudan had recently been limited. The year-on-year annual Consumer Price Index (CPI) increased by 88.5% between June 2017 and June 2018. The spread between the official and the parallel market exchange rates remains wide (44% in July 2018), despite the recent exchange rate appreciation.

The fiscal deficit is projected at about 4.4% of GDP in FY2018 due to falling government revenues and rising security-related spending. Expenditures continue to be skewed toward defense at the expense of poverty reduction. Security and accountability/public administration and rule of law spending have accounted for over 70% of the total budget over the past three fiscal years. By contrast, combined expenditures on health and education are estimated to make up around 6% of total government spending.

Since 1999, South Sudan’s oilfields have supported the economy. After independence in 2011, the negotiators between the north and south were unable to reach an agreement as to how to split the oil revenue. Of the oil reserves in the north and south, estimates indicate 80 percent of the untapped reserves are in the south. South Sudan relies on pipelines and processing facilities in the north. A 50-50 split was in place during the negotiations. South Sudan’s economy receives 98 percent of its revenues from oil. As independence grew nearer, the north continued to push for the 50-50 split to become the permanent arrangement, but the south wanted more favorable terms. Sudan was charging South Sudan a high amount per barrel to transport oil. South Sudan’s objections to this caused it to suspend oil production in 2012. This dropped the government’s revenues dramatically and increased food costs 120 percent. Both South Sudan and Sudan share a 38 billion dollar external debt. A small portion of the debt is owed to international institutions. Foreign governments, including those in the Paris Club, own the majority of the debt.

The country railway is 248 km from the Sudanese border to the Wau terminus. There are proposed extensions to Juba and into the networks of other neighboring countries. Juba Airport is the busiest and most successful. It connects to other major airports in the region. Malakal, Wau, and Rumbek airports also connect to regional cities. Dirt runways are located in other areas of the country. 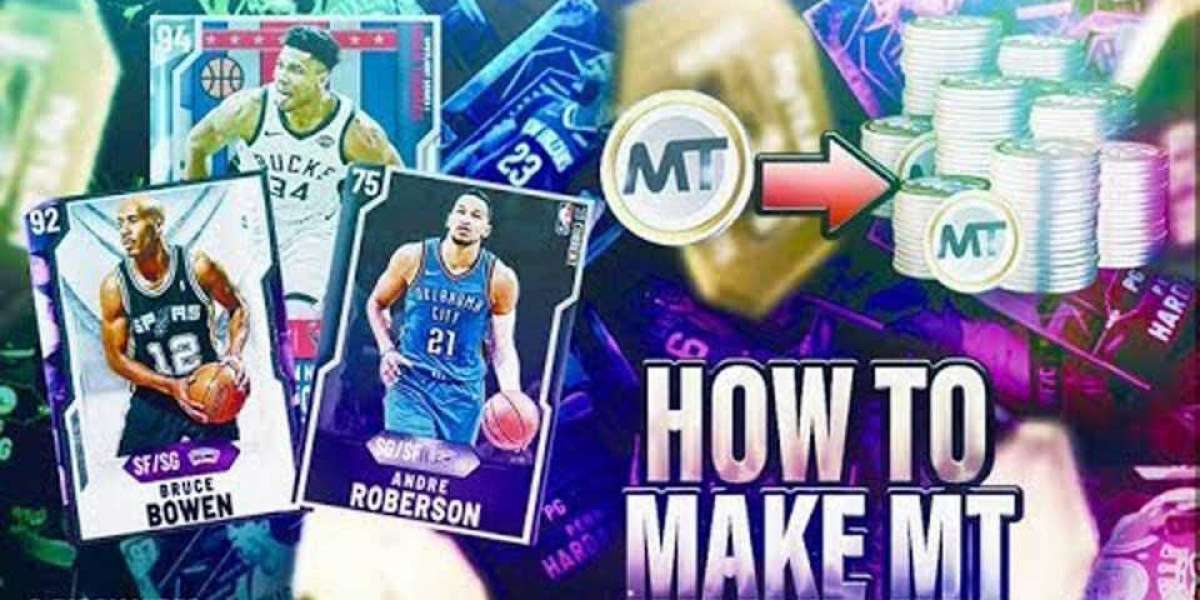 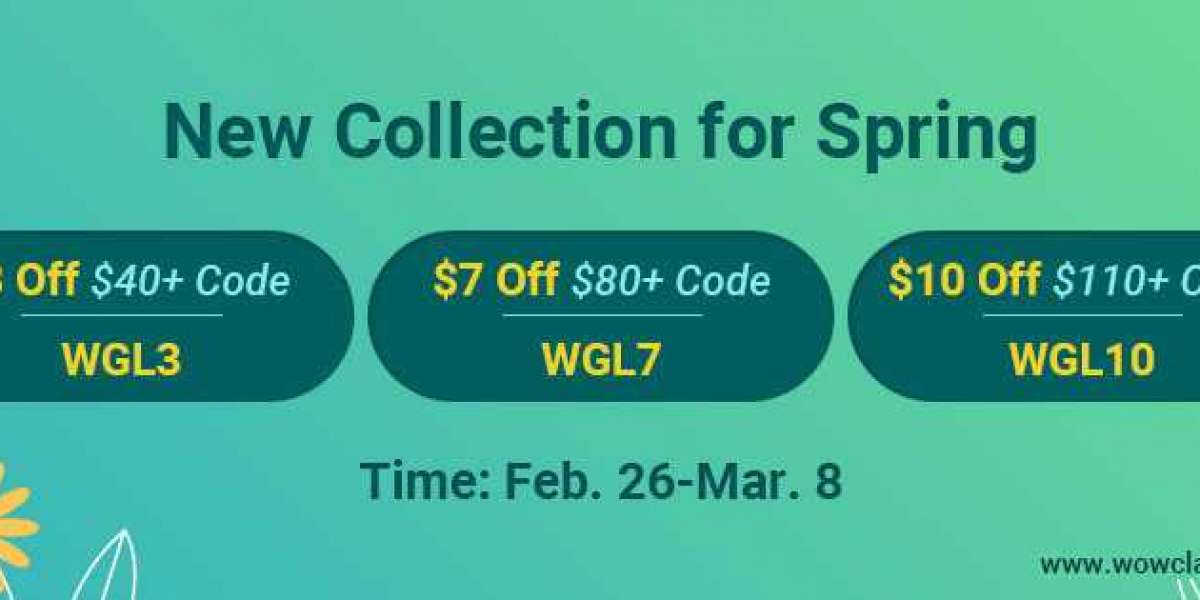 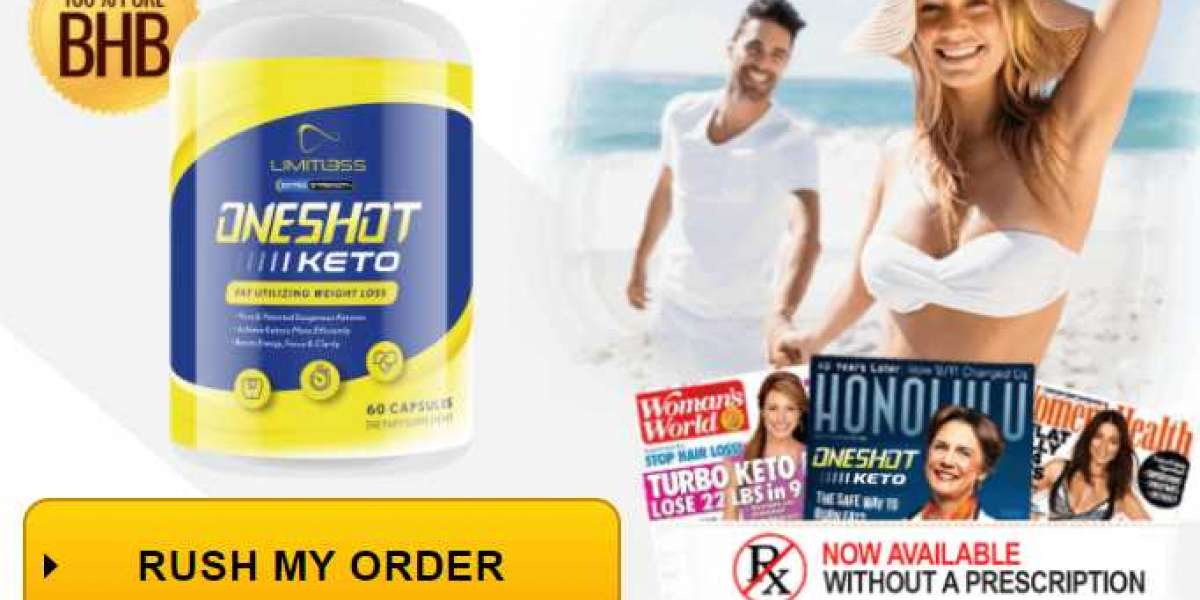 How Do One Shot Keto Prove To Be A Useful Product? 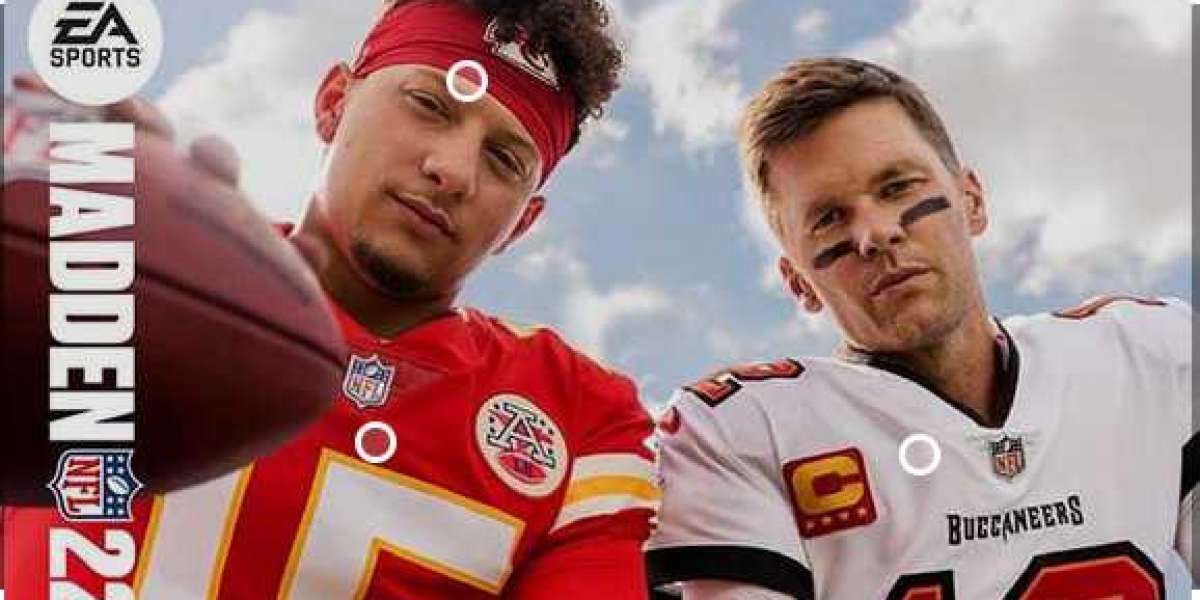 Madden 22 can be used on which devices 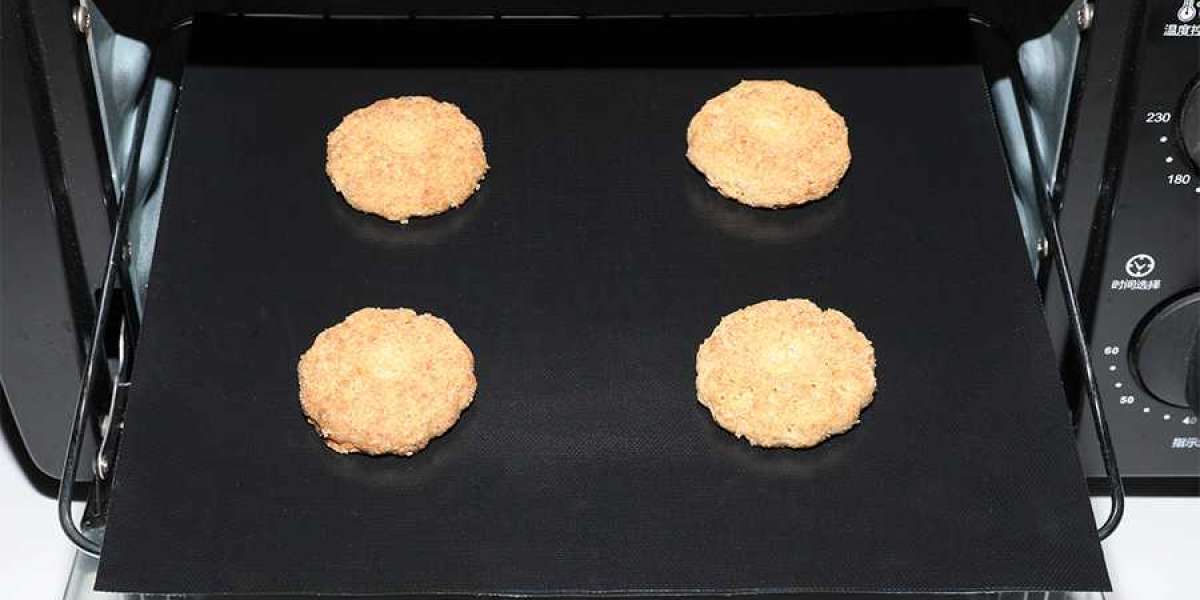 Things You Should to Know When Choose A Grill Mat 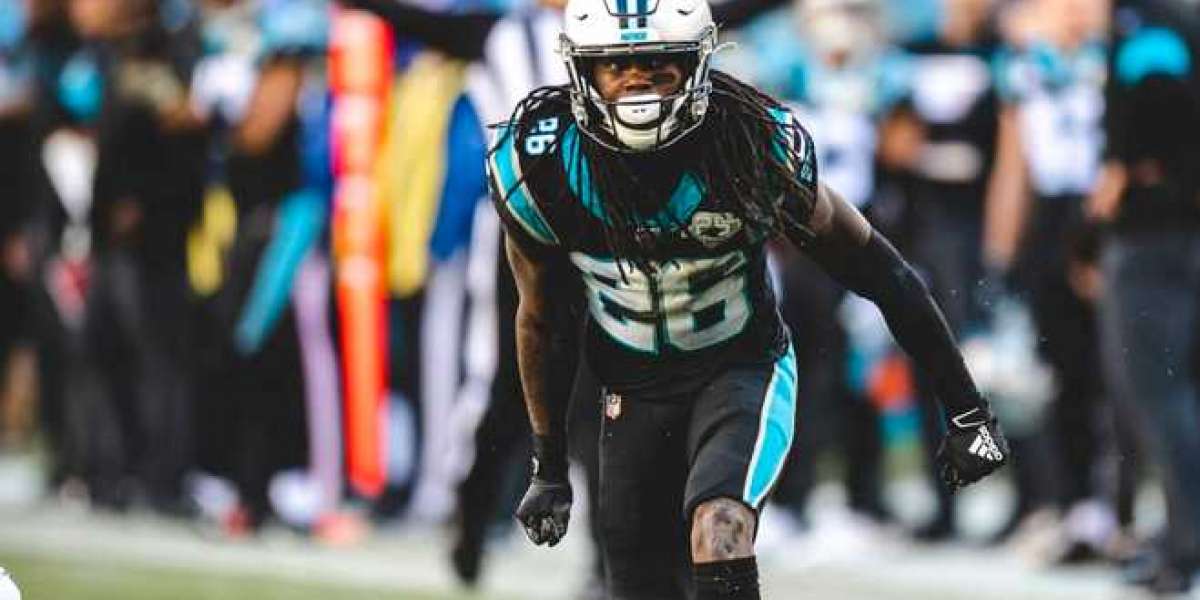