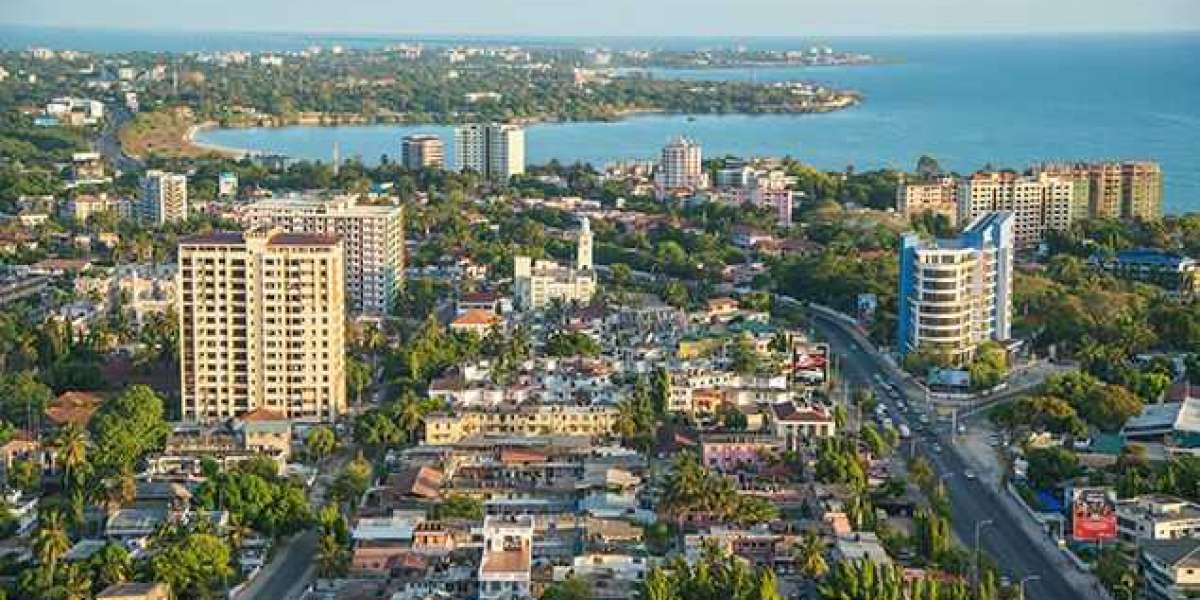 All what you should know about Tanzania

Tanzania is an East African country known for its vast wilderness areas. They include the plains of Serengeti National Park, a safari mecca populated by the “big five” game (elephant, lion, leopard, buffalo, rhino), and Kilimanjaro National Park, home to Africa’s highest mountain. Tanzania is in central east Africa and is bordered by Kenya, Uganda, Rwanda, Burundi, the Democratic Republic of the Congo, Zambia, Malawi, and Mozambique. There is a coastline on the Indian Ocean.

A unitary republic, there are 26 mikoa (regions) in the United Republic of Tanzania. Jakaya Mrisho Kikwete is the head of state and was elected in 2005. Dodoma has been the capital since 1996. From the country’s independence to 1996, Dar es Salaam was the capital. Dar es Salaam is still the country’s commercial center and the seat of many government agencies. Tanzania acts as the seaport for many of the country’s landlocked neighbors.

Tanzania is one of the earth’s oldest known continuously inhabited areas. There are fossil remains of humans and hominids that date back more than 2 million years. Tanzania is believed to have been populated by Cushitic and Khoisan speaking people. Bantu speakers arrived approximately 2,000 years ago. Niloltic pastoralists arrived later and continued to do so up to the 18th century.

Since the early first millennium AD, merchants from Western India and the Persian Gulf visited the East African coast. Islam began to be practiced in the area around the 8th or 9th century AD.

Omani Sultan Seyyid Said claimed the coastal strip and moved his capital to Zanzibar City in 1840. The city became the Arab slave trade’s center around this time. Of the Arab-Swahili population in Zanzibar, 65 percent to 90 percent were enslaved. Tippu Tip was one of the most famous slave traders in the region. Msiri and Mirambo led the Nyamwezi slave traders.

Germany conquered what became modern day Tanzania, Rwanda, and Burundi in the late 1800s. This area was incorporated into German East Africa. The British attempted a failed invasion during World War I. After repulsing the British, German General Paul von Lettow-Vorbeck began a guerilla campaign. After the war, the League of Nations made the area a British Mandate with the exception of a small area given to Belgium that became Burundi and Rwanda. In 1961, British rule ended when the country transitioned to independence relatively peacefully. The Tanganyika African National Union (TANU) was the leading political organization in Tanzania.

Julius Nyerere, who formed the TANU, became the Prime Minister at independence. Soon after taking power, he committed to Pan-African socialism. Large industries and banks were nationalized.

When the Arab dynasty in Zanzibar was ousted in the Zanzibar Revolution, it merged with Tanganyika to form Tanzania in 1964.

The economy faltered in the late 1970s. Tanzania aligned with China in exchange for aid.

Beginning in the mid-1980s, the government borrowed from the IMF and instituted some reforms. The GDP and per capita income grew.

The National Assembly is unicameral and has 295 members. These include the Attorney General and five members from Zanzibar’s House of Representatives. 20 percent of the seats are reserved for women. Chama Cha Mapinduzi holds 93 percent of the seats. Laws related to certain designated union matters are valid in Zanzibar.

In Zanzibar, its House of Representatives have jurisdiction over all matters not related to the union. It has 76 members with 50 of them elected by the people, ten appointed by Zanzibar’s president, five ex officio members, and the attorney general. 15 seats are allotted for women. The members of the House and the President of Zanzibar serve five year terms.

There are five levels of the judiciary that combine Islamic, British, and tribal systems of law. From the primary courts, appeals go to the district courts, magistrate courts, high courts, and the Court of Appeals. The Chief Justice of Tanzania appoints the judges except those on the High Court and the Court of Appeals, whom the president appoints. The system in Zanzibar has a similar system, with the exception of Islamic and constitutional issues which are appealed to the union’s courts.

Tanzania’s real gross domestic product (GDP) grew by 7.1% in 2017 according to official statistics. Official release of quarterly 2018 growth data is pending due to an on-going GDP rebasing exercise. Growth in 2017 was supported by expansion in both the industrial and agriculture sectors. Improvement in infrastructure and relatively stable power supply facilitated the expansion in the industrial sector while favorable weather conditions supported increased crop production. Growth in the services sector slowed, for example in public administration as public recurrent spending was held in check.

Supported by lower food prices, the inflation rate has continued to decline, reaching 3.3% by the end of July 2018. The external balance has strengthened, with a lower current account deficit caused by a decline in imports outstripping the decline in exports. Gross foreign reserves remain high at $5.5 billion in June 2018, sufficient to cover 5.6 months of imports. Monetary policy has been accommodative, however credit growth to the private sector has remained below 5% since June 2017. The financial sector remains broadly stable with adequate capitalization and liquidity ratios.

The fiscal deficit remained low in 2017/18 at 2.1% of GDP, slightly higher than the 1.5% of GDP recorded in 2016/17. Total expenditures increased from 18.3% of GDP to 18.6% of GDP during the fiscal year, however execution of the development budget continued to be low at about 65% in 2017/18. Behind the low headline deficit, fiscal policy implementation has been challenged by a high level of central government payment arrears, topping 5% of GDP in June 2018.

There are 26 regions in the country, with 21 on the mainland and five in Zanzibar. There are also 99 districts with a local council in each. 114 councils operate in the districts. 22 are classified as city councils, town councils, or municipal courts.

Tanzania has a total area of 847,300 sq. km. The northeast is mountainous and is the location of Mount Kilimanjaro, the highest peak in Africa. The Great Lakes of Lake Victoria and Lake Tanganyika are in the north and west. A large plateau is situated in central Tanzania. The eastern shore’s weather is hot and humid.

There is a tropical climate in Tanzania. Temperature varies in the highlands. The hottest time periods are from November to February. There are two major rainfall seasons. The first is from December to April and the other is from October to December and has a second phase from March to May.

There is considerable wildlife habitat in the country. On the Serengeti, the white-bearded wildebeest and other similar animals migrate annually. The journey to forage during the dry seasons causes 250,000 to perish yearly. Several other endemic species also are present in Tanzania.

A Biodiversity Action Plan has been developed to address conservation.

Tanzania’s population stands at 60,445,249 million (2019), with a 7.1 percent growth rate. Distribution is uneven. Over 80 percent of the people are live in rural areas. The largest city and commercial capital is Dar es Salaam. Dodoma is the new capital and houses the parliament.

There are over 120 ethnic groups. Those with more than 1 million members are the Sukuma and Nyamwezi, the Gogo, the Haya, the Hehe and Bena, the Makonde, the Chagga, and the Nyakyusa. The Shambaa, Ngoni, and the Pare are other groups. Most Tanzanians are part of the Sukuma and the Nyamwezi, which are of Bantu origins. The Maasai and Luo are from Nilotic origins. Khoisan languages are spoken by the Sandawe and Hadza people.

Indians, Arabs, and Pakistani people are also in Tanzania along with small Chinese and European communities.

The country’s population is roughly one-third each of Muslims, Christians, and indigenous religions. Religious affiliation is a sensitive topic since Tanzanians pride themselves on living together with diversity.

Most Christians are Roman Catholics, Orthodox, Protestants, Seventh-day Adventists, Pentecostals, the Church of Jesus Christ of Latter-day Saints, and Jehovah’s Witnesses. In Zanzibar, 97 percent are Muslim. The Muslim mainland communities are mostly in the coastal area. Most Muslims are Sunni. Other religions exist in smaller numbers and include Buddhists, Baha’is and Hindus.

Local languages have over taken former colonial languages in Tanzania. English is still the official language in the courts, it has recognition. Swahili is Tanzania’s unifying language. Most Tanzanians first learn their tribal language and English and Swahili are learned later.

Tanzanian music varies from traditional African styles to hip hop to taarab. There are several internationally known artists from Tanzania. A distinct type of rumba music called muziki wa dansi is present in Tanzania. There are many famous writers from Tanzania.

Tanzania’s position in art is unique with two styles, Tingatinga and Makonde, becoming well known. Tingatinga involves enamel paints on canvas of animals and flowers. Makonde is a sculpture style known for Trees of Life make from ebony tree materials. George Lilanga, one of Africa’s most famous artists, is from Tanzania.

The country proclaims education is a key to national development. There are three levels in the system, which are basic, secondary, and tertiary levels.

There are two government ministries in charge of education, the Education and Culture and Higher Education. The Higher Education Accreditation Council coordinates and manages quality of the tertiary level institutions.

Instruction is bilingual in that all children must learn English and Swahili. Swahili is used at the primary levels and English in the higher levels.

Education reforms began in 1995 to ensure access to the system, increase efficiency, and better use of resources. Decentralization and more local control have also been proposed.

The government is trying to change from the provider of services to a facilitator for the private sector. It is hoped that private investment will help the learning environment.

Tanzanians have won Olympic medals. The country also competes in the African Championships series and the Commonwealth Games.

Football is popular and fans typically support one of two main clubs which are the Young African Sports Club and the Simba Sports Club.

Basketball is played often in schools and in the army. Cricket is also becoming more popular.

The first color television station in Africa was Television Zanzibar. The oldest newspaper, the Daily News, is state-run. Public broadcast television and several radio networks are also run by the government.

Many private run outlets exists, including 30 FM radio stations and 20 newspapers. Some of these are owned by political parties.

Internet use is growing. Many Tanzanians read internet news and blog daily. 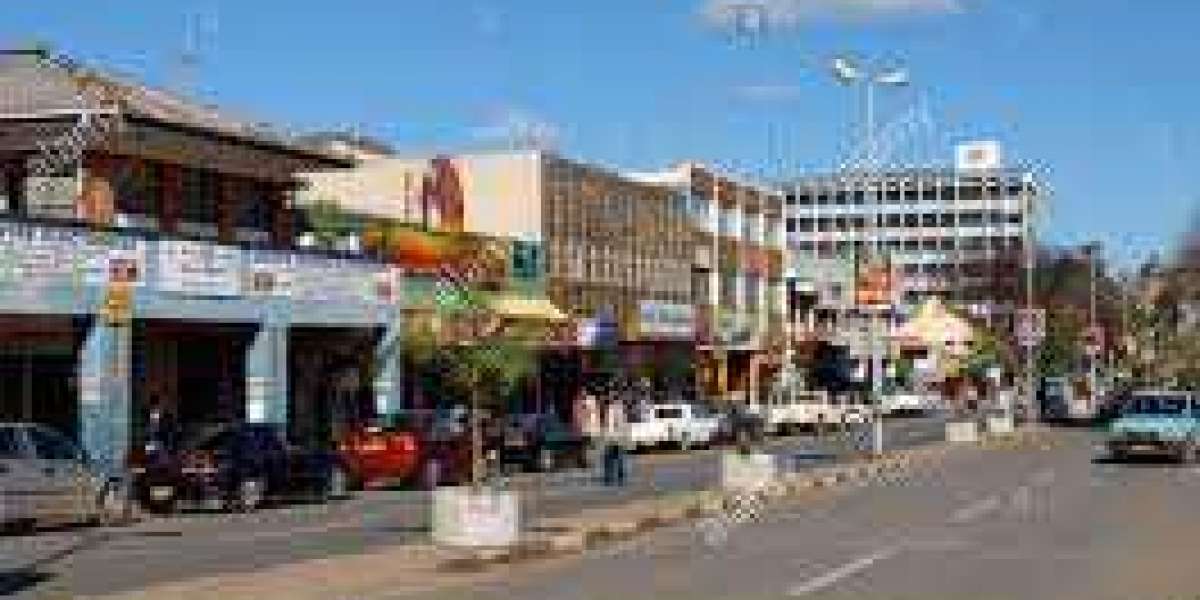 What you should know all about Swaziland (Eswatini) 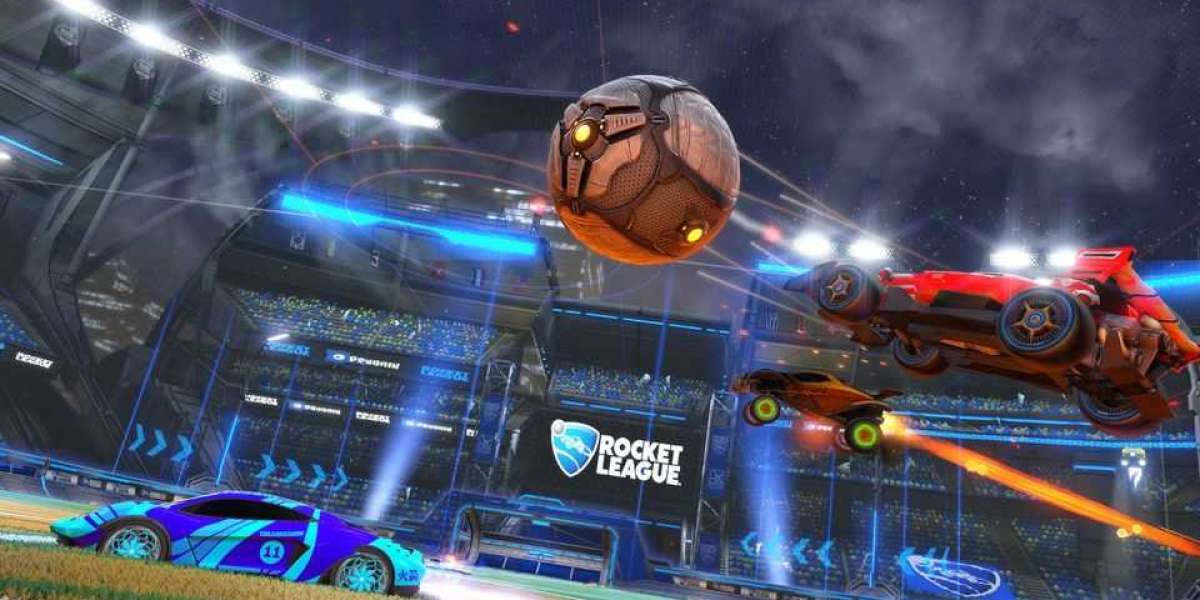 To get the Haunted Hallows 2020 items 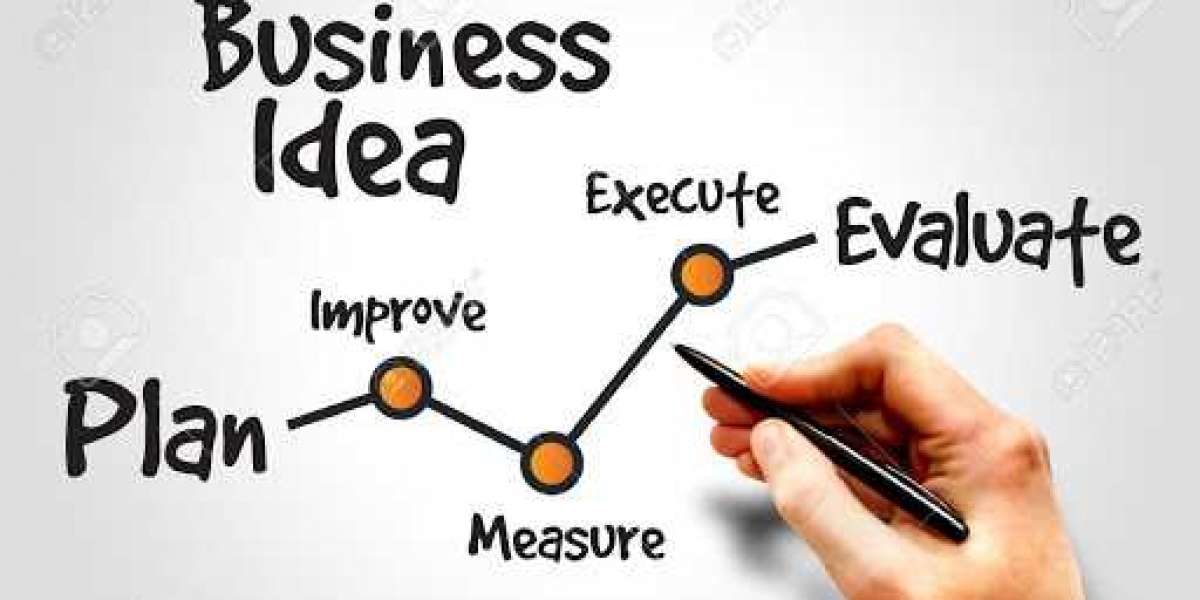 Business to invest: how the entrepreneur can make the right choice 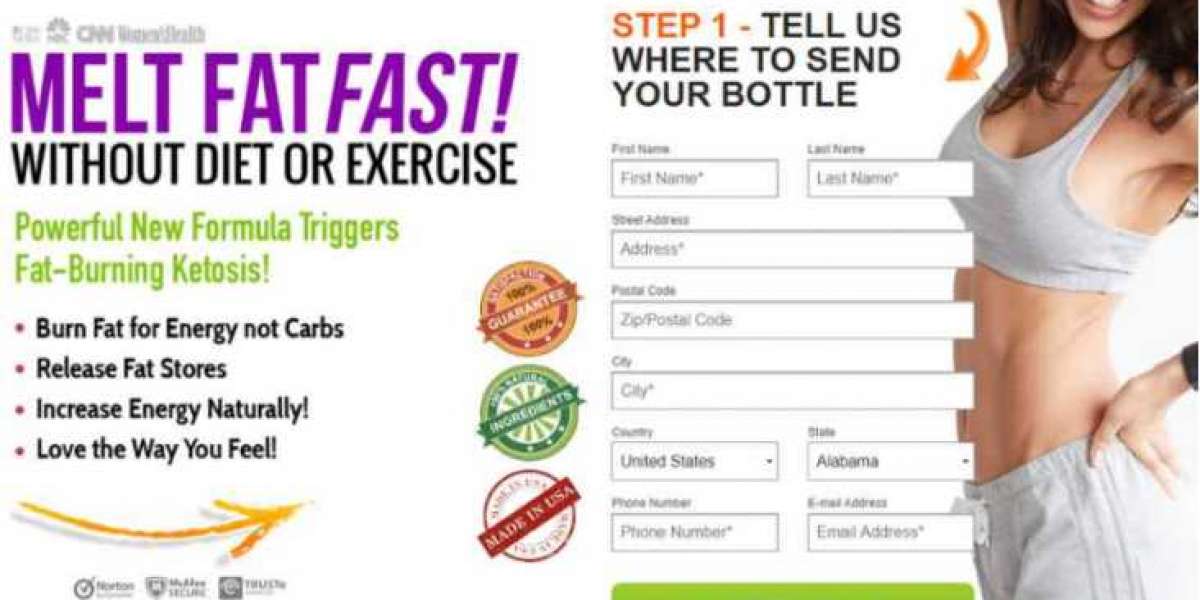 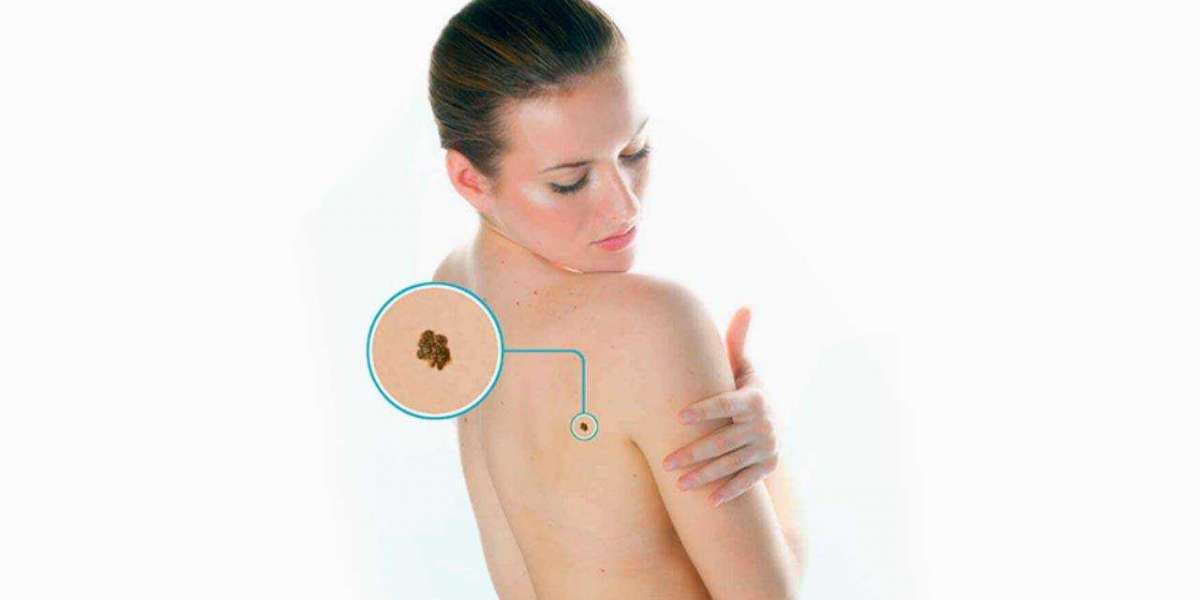