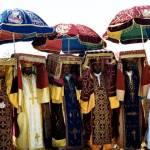 At the first day of the celebration, the Ark of the Covenant replicas (Tabots in Amharic) of each church are carried out in procession to a public space where the next day’s celebration will take place.

A special tent is set up at the public space where each Tabot rests as members of the church choirs chant hymns all night long and are accompanied by priests with their prayer. The beating of drums, ringing of bells, and other spiritual activities are also integral parts of the Timkat celebrations.

The Tabots symbolizes the Ark of the Covenant and the tablets of the Ten Commandments, which Moses received on Mount Sinai from God.


Ethiopian orthodox congregations from all segments of the society march cheerfully when the Tabots made way back to respective churches.

At the third day of the celebration, which is known as the feast of St. Michael the Archangel, only one of the Tabots is returned-the Tabot of St. Michael’s to its church with the same singing and dancing of priests and believers.

The Timkat celebration is also a major tourist attraction event in Ethiopia, in which foreigners from different parts of the world attend celebrations both at church and public places.

The core religious idea attached to the Ethiopian epiphany is similar with other Christians worldwide, which signifies the Baptism of Christ in the River Jordan by John the Baptist 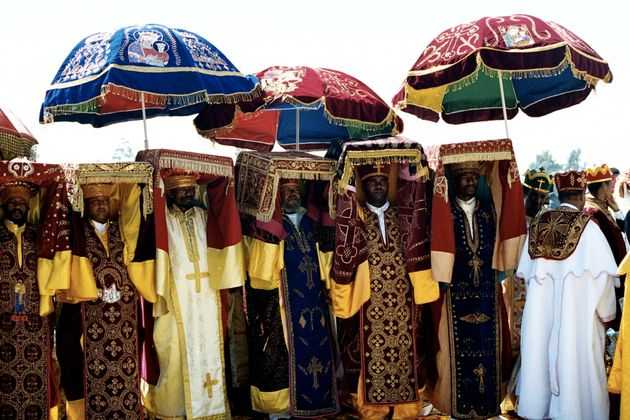 Ethiopian epiphany is a colourful festival celebrated all over Ethiopia to commemorate the baptism of Jesus Christ by John the Baptist in the River Jordan. The commemoration starts on the eve of the main festival on 18 January. The eve is known as Ketera, which means blocking the flow of water for the blessing of the celebrants. On the eve of Ketera, people escort their parish church tabot (replicas of the Ark of the Covenant) to Timkete-Bahir (a pool, river or artificial reservoir), transported by a priest of the parish and accompanied by a great ceremony. The people spend the night attending night-long prayers and hymn services, including the Eucharistic Liturgy. Hundreds of thousands participate in the actual festival on the following day – 19 January. The celebration starts early in the morning with pre-sunrise rituals. These are followed by the sprinkling of the blessed water on the congregation, as well as other ceremonies. At around 10 a.m., each tabot begins its procession back