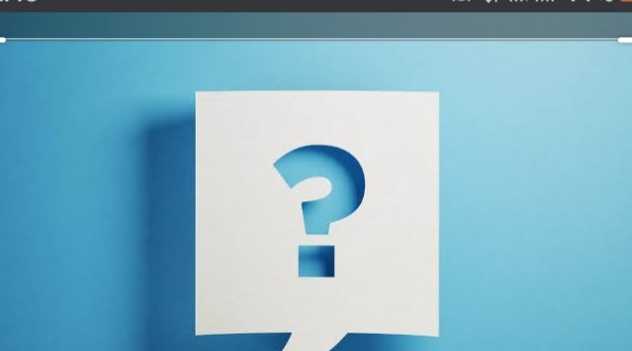 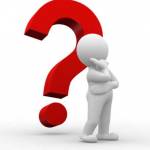 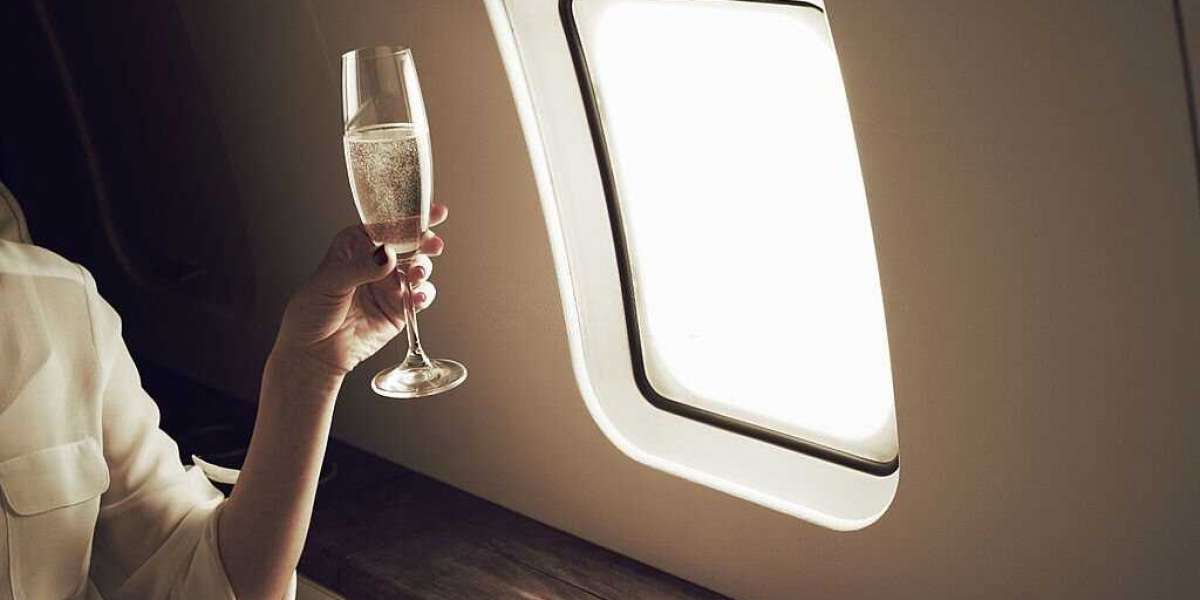 Differences Between Rich And Wealthy: There are marked differences between the words rich and wealthy, but not many people know. Because both words often imply affluence, people tend to ignore the nuances that differentiate both terms.
Like
Comment
Share 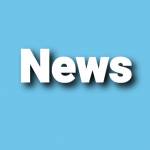 1617867197
Differences Between Being Rich And Being Wealthy

1. Living within one’s means: Wealth is simply defined as the accumulation of assets. However, wealthy individuals are those who have minute debt, make smart investments, and live well within their means. It is a possibility for a person to be rich and yet try too hard to live above their means, making little or no investments and have a shitload of debt.

2. Appearances: A defining feature of wealthy people is that they have a huge net worth. Often times, people may not recognize them as wealthy owing to the fact that they may nor live flashy lifestyles. However, their wealth is attested to in what they are worth, not in how much people ‘think’ they are worth.

3. The Income Determinant: To be rich, one only needs to have a high income. Whether or not this will be translated into wealth is entirely up to the individual. This is because high income for most people necessitates high spending. And where expenditure evens out income, the individual is technically at ground zero.

4. Savings: Anyone who wishes to be financially secure must save. There are times when one may need money for urgent reasons, or may need to take advantage of an opening to invest or buy shares. According to some sources, wealthy persons try to save at least 15% of their income.

5. Debt: As earlier hinted at, debt plays a significant role in understanding who is wealthy and who is not. A rich person may have a lot of money coming into his/her account and still be knee-deep in debt.

6. Possibility of indigence: With an understanding of the workings of wealth, a wealthy man is less likely to fall into poverty because he/she is loaded with savings, low on debt, and has steady, profitable investments. A rich person on the other hand may lead an exorbitantly extravagant lifestyle, be high on debt, with no investments at all.

7. Happiness: Most wealthy people prioritize the sustenance and maintenance of their happiness and use that as a catalyst to drive money-making and money-saving. Rich people often prioritize show and ostentation.

8. Responsibility: Responsible spenders are those who spend with a sense of responsibility considering more factors than the show or immediate gratification. With this attitude, one is unlikely to fall into huge debt or spend lavishly without making proper investments.
9. Eggs in one basket: Unwise rich folks may keep all their eggs in one basket. One that basket is smashed, their source of riches dwindles and they find themselves struggling to live even fairly. Wealthy individuals know how to spread the sources of their earnings – they know how to prioritize investments and other business activities that guarantee financial security.

10. Retirement plan: Men who understand the tenets of wealth make plans for when they can no longer work actively. When a person retires, he/she no longer has that steady income that a regular job or career ensures. A wealthy person will have enough saved for this period.
1
· 0 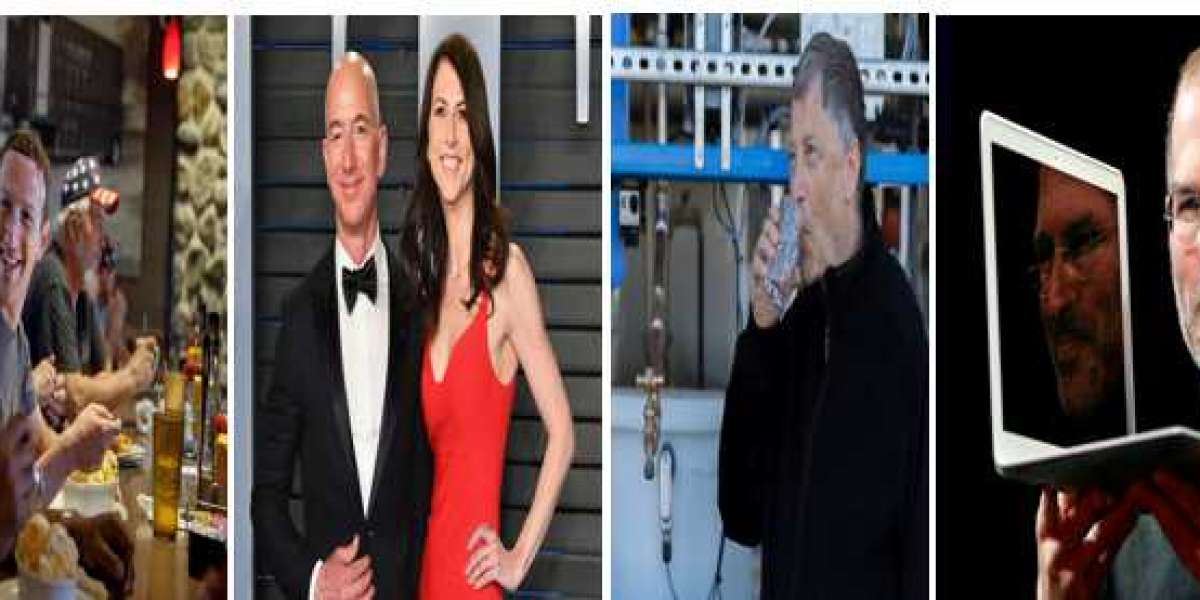 What are billionaires’ diets?

What is Cloud Seeding? | #what is cloud seeding #cloud #seeding 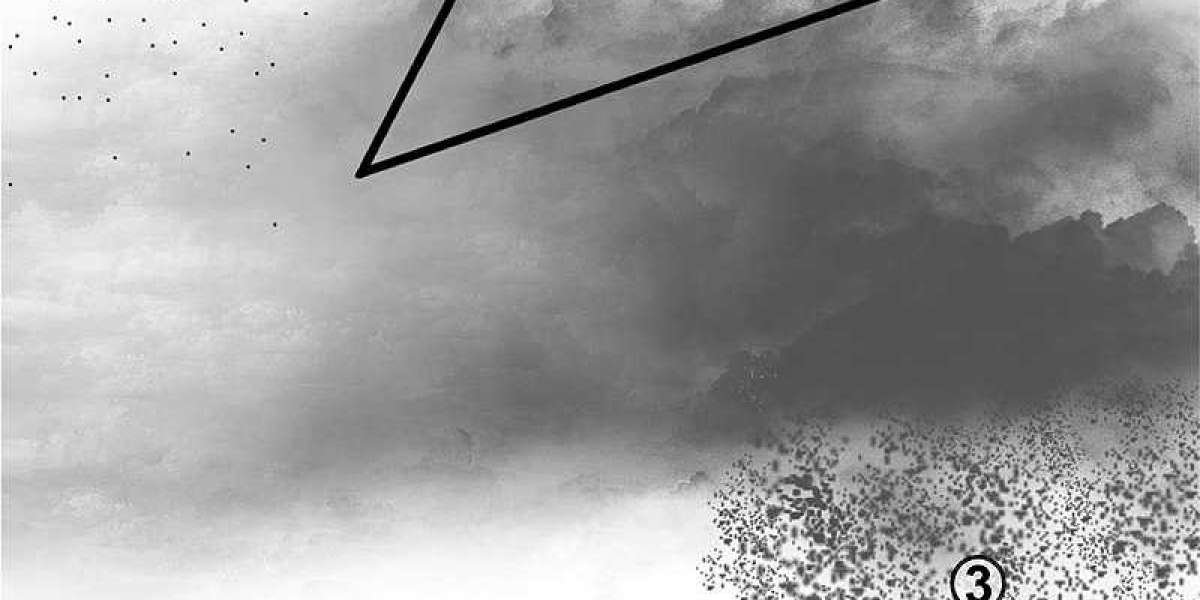 What is Cloud Seeding?

What is cloud seeding?

Cloud seeding is a type of weather modification that aims to change the amount or type of precipitation that falls from clouds by dispersing substances into the air that serve as cloud condensation or ice nuclei, which alter the microphysical processes within the cloud. Its effectiveness is debated; some studies have suggested that it is "difficult to show clearly that cloud seeding has a very large effect".The usual objective is to increase precipitation (rain or snow), either for its own sake or to prevent precipitation from occurring in days afterward.


In 1891 Louis Gathmann suggested shooting liquid carbon dioxide into rain clouds to cause them to rain. During the 1930s, the Bergeron–Findeisen process theorized that supercooled water droplets present while ice crystals are released into rain clouds would cause rain. While researching aircraft icing, General Electric (GE)'s Vincent Schaefer and Irving Langmuir confirmed the theory.[25] Schaefer discovered the principle of cloud seeding in July 1946 through a series of serendipitous events. Following ideas generated between him and Nobel laureate Langmuir while climbing Mt Washington in New Hampshire, Schaefer, Langmuir's research associate, created a way of experimenting with supercooled clouds using a deep freeze unit of potential agents to stimulate ice crystal growth, i.e., table salt, talcum powder, soils, dust, and various chemical agents with minor effect. Then one hot and humid July 14, 1946, he wanted to try a few experiments at GE's Schenectady Research Lab


Whether cloud seeding is effective in producing a statistically significant increase in precipitation is still a matter of academic debate, with contrasting results depending on the study in question, and contrasting opinion among experts.

A study conducted by the National Academy of Sciences failed to find statistically significant support for the effectiveness of cloud seeding. Based on the report's findings, Stanford University ecologist Rob Jackson said: "I think you can squeeze out a little more snow or rain in some places under some conditions, but that's quite different from a program claiming to reliably increase precipitation." Data similar to that of the NAS study was acquired in a separate study conducted by the Wyoming Weather Modification Pilot Project. However, whereas the NAS study concluded that "it is difficult to show clearly that cloud seeding has a very large effect," the WWMPP study concluded that "seeding could augment the snowpack by a maximum of 3% over an entire season."

In 2003 the US National Research Council (NRC) released a report stating, "...science is unable to say with assurance which, if any, seeding techniques produce positive effects. In the 55 years following the first cloud-seeding demonstrations, substantial progress has been made in understanding the natural processes that account for our daily weather. Yet scientifically acceptable proof for significant seeding effects has not been achieved".

A 2010 Tel Aviv University study claimed that the common practice of cloud seeding to improve rainfall, with materials such as silver iodide and frozen carbon dioxide, seems to have little if any impact on the amount of precipitation. A 2011 study suggested that airplanes may produce ice particles by freezing cloud droplets that cool as they flow around the tips of propellers, over wings or over jet aircraft, and thereby unintentionally seed clouds. This could have potentially serious consequences for particular hail stone formation.

However, Jeff Tilley, director of weather modification at the Desert Research Institute in Reno, claimed in 2016 that new technology and research has produced reliable results that make cloud seeding a dependable and affordable water supply practice for many regions.Moreover, in 1998 the American Meteorological Society held that "precipitation from supercooled orographic clouds (clouds that develop over mountains) has been seasonally increased by about 10%."

Despite the mixed scientific results, cloud seeding was attempted during the 2008 Summer Olympics in Beijing to coax rain showers out of clouds before they reached the Olympic city in order to prevent rain during the opening and closing ceremonies. Whether this attempt was successful is a matter of dispute, with Roelof Bruintjes, who leads the National Center for Atmospheric Research's weather-modification group, remarking that "we cannot make clouds or chase clouds away." 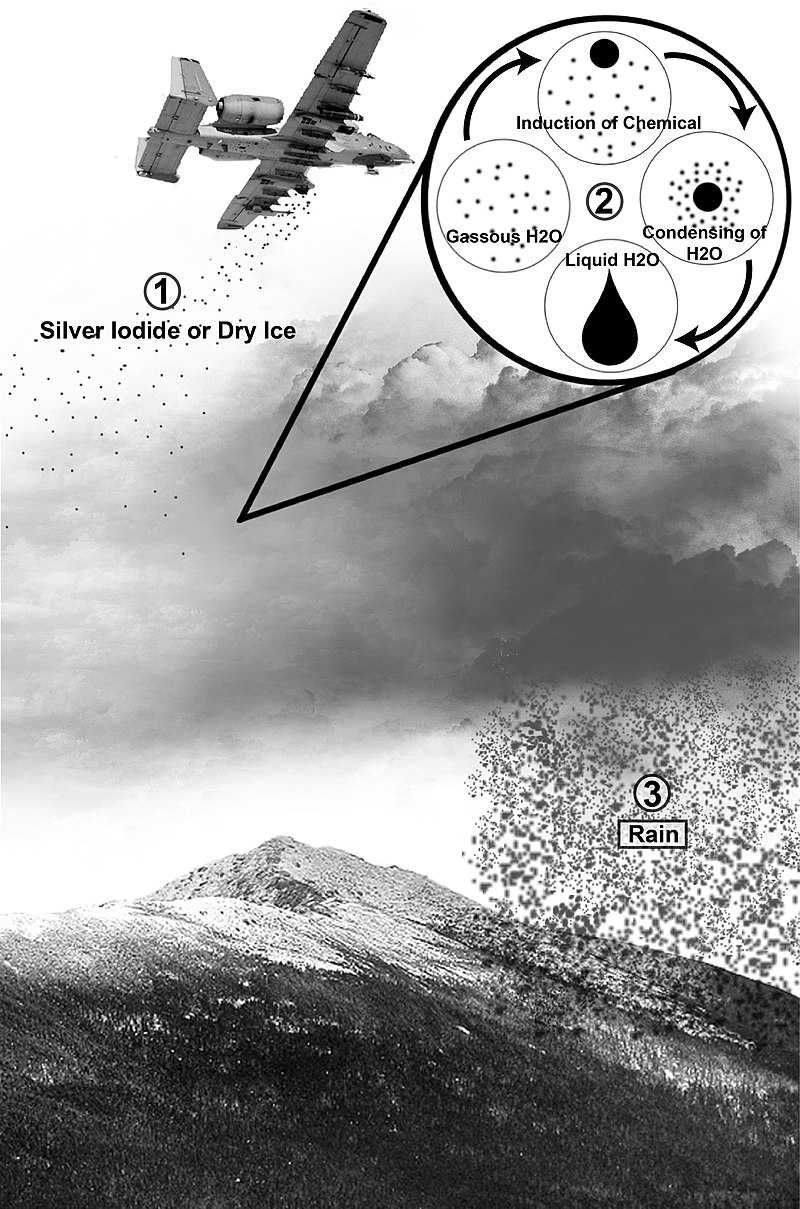 You have poked Answer 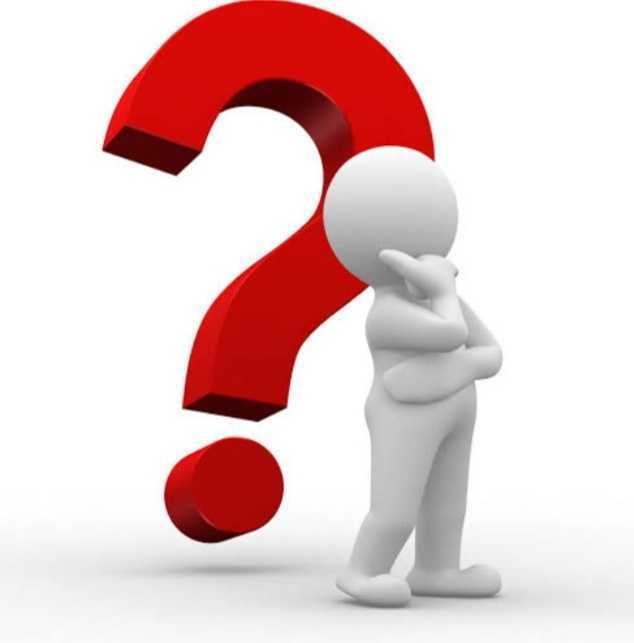